The purpose of this article (the first in a two-part series) is to dispel the notion that there is (or ought to be) a distance between two specific aspects of the ministry of the Word: the counseling of the Word and preaching of the Word. There are men in the pastorate whose ministries tilt more in the direction of counseling than preaching (and vice versa). But far from being distinct or competing aspects of the pastor’s principal charge to minister God’s Word as he shepherds the flock of God (1 Pet. 5:2), the counseling and preaching of the Word are (or should be) close cousins in any Bible-centric ministry. This article will take the position that the pastor who is personally invested in counseling God’s people with God’s Word can expect to see increased effectiveness in his role as a preacher of God’s Word.[1] The case will be built upon five areas in which a pastor’s counseling ministry will inevitably strengthen his preaching ministry.[2]

As a pastor personally counsels his flock with the Word, the Holy Spirit will progressively plow through the remaining stony soil in his own heart, while also cultivating his shepherd’s heart. When he reads theological gems such as Stephen Charnock’s seventeenth-century classic The Existence and Attributes of God, he not only can intellectually process, but can pastorally confirm, such truths as these:

all sin is found in secret atheism. … Every sin is a kind of cursing God in the heart; an aim at the destruction of the being of God. … A man in every sin aims to set up his own will as his rule, and his own glory at the end of his actions.[3]

The pastor who is regularly engaged in counseling has seen such “secret atheism” enthroned in the hearts of countless counselees as they harbor secret sins. The pastor who counsels has seen the time-proven plague of idolatrous self-love rear its ugly head in his office, as he begs people to worship God aright and to live the life of faithfulness and obedience that He rightly commands. In other words, such a pastor, while theologically astute and doctrinally grounded, is not aloof and entrenched in an ivory tower. He is not a clinical academician, a stiff stoic, a dry exegete, or an ungrounded pulpiteer. Rather, such a pastor has the potent combination of a theologically-informed mind and dirt under the fingernails. He has labored not only in the study, but in the fields of ministry in, with, and for his people. He has communed deeply with the Chief Shepherd, but he also smells like the sheep.

Far from being machine-like dispensers of biblical data, preachers who regularly counsel will preach with a compelling balance of warmth, earnestness, and urgency. Jay Adams, the father of the modern biblical counseling movement, helpfully notes:

Nothing enables a preacher to ring the bell in a Sunday sermon like knowing that in counseling he has already helped five persons with what he is about to say. … The man who puts his exegesis to work, not just on Sunday in the pulpit, but all week long in the counseling room, ministering the Word to those in trouble will rattle his people’s windows when he preaches.[4]

Put another way, the pastor who counsels, as he enters the pulpit, has a stomach of steel. He is rock-ribbed. He is used to looking across his desk, squarely into the eyes of his straying sheep, and pleading with them to return. He is accustomed to presenting biblical truth to the religiously-proud and challenging them on whether or not they have been born again. At the same time, he has passed countless boxes of Kleenex across his desk to the broken, convicted, weak, despairing, ashamed, helpless, and hopeless. He has mourned, grieved, and cried with his people. A man with counseling credentials like these preaches not only boldly and with conviction, he preaches with a lump in his throat and with tears in his eyes. He does so, however, not in a manufactured way designed to tug on the heartstrings of a captive audience. Instead, he does so as a result of the genuine outworking of the chiseling work the Spirit of God has done on him through caring for souls.

Counseling will also have a sharpening effect on the various tools the pastor carries in his toolbox. For instance, the preacher who has seen—up close and personal—the ravaging effects of sin and ungodliness, will not introduce a sermon on the sin of Achan (Josh. 7:16–26), the account of Ananias and Sapphira (Acts 5:1–11), or the believer’s ongoing battle with sin (Rom. 7) with a charming story about his children or a humorous summary of his favorite movie or podcast. Rather, he will introduce his text with language that befits the sobriety and solemnity of such a topic.

The preacher who has walked with his people as they fight various spiritual battles also will have a treasure trove of material for sermon illustrations as he expounds on the text he is preaching. He is sufficiently wise and loving to not shame beloved members of the flock by calling them out by name or providing too much detail in his sermons. However, his former and current counselees still serve as helpful profiles and anonymous case studies for him to draw from as he expounds the timeless truths of Scripture.

Finally, the preacher who has a dual commitment to counseling will more naturally “land the plane” in his sermon conclusions with earnest appeals to his people to both believe and put into practice what they have heard from God’s Word. He realizes, as he does when he counsels, that each preaching event could be his final opportunity to communicate the truth of God’s Word to both the saved and the lost. Accordingly, his sermons do not end with laugh tracks or self-congratulatory personal stories, but instead they end with pleas to his people to respond to the truths of God’s Word. Because he is intentional about making time to break away from his study for the purpose of providing needful counsel to the flock, his sermons are not scholarly lectures better suited for a seminary classroom, but instead are real-life, accessible messages to which the ordinary church member can grasp, process, and respond.

Next, counseling will deepen such a man’s convictions about the sufficiency and power of God’s Word. The preacher who regularly counsels has seen—up close and personal—the transformative power of God’s Word working in the lives of countless image-bearers.

He has seen counseling result in arms crossing, scowls forming, chairs scooting, and doors slamming. He has seen the Word, notwithstanding his own pleas and tears, drive the unregenerate and the deceived away. But he has also seen the Word do its work as souls are saved through the message of the gospel of Jesus Christ. He has seen the Word break through the fallow soil of the hearts of spiritually-dead sinners. He has seen marriages restored, broken relationships brought back to life, sin patterns eradicated, faithfulness to Christ established, and lukewarmness replaced with blazing gospel passion.

Such a man, having seen such change brought about by God in counseling, cannot help but have the utmost confidence that the same God is capable of bringing about similar change through his own faithful preaching of the Word of God.

Counseling will also have an undeniable effect on a pastor’s faithfulness in answering the charge to “do the work of an evangelist” (1 Tim. 4:12)—specifically, from the pulpit. The preacher who is committed to counseling God’s Word will have an oversized heart for the lost, an insatiable appetite for winning souls, and a genuine zeal for evangelism because, as his counseling ministry has demonstrated many times over, not all who sit under the ministry of the Word are true sheep who are securely in Christ’s fold. Rather, he has seen that many are deceived into thinking they are converted based on a church experience, a wrongheaded view of being “a good person,” or on a misunderstanding of the gospel itself. The preacher who regularly counsels has an acute awareness and sensitivity to the truth that not all who profess to be of Christ are truly of Christ. This will fuel him, as he preaches, to help tares see that they are tares, wolves see that they are wolves, and to call on all unconverted sinners within earshot to repent and believe in the gospel (Mark 1:15) as they turn from their wicked ways and to a gracious and forgiving Master.

It is an undeniable reality of our times that ours is an era of ministerial specialization. Pastors increasingly are defined by—or perhaps better stated, boxed within—a particular field of specialization. As is relevant to the topic at hand, this drawing of lines within the pastorate has led to the modern-day reality that there are many pastors who, while committed to preaching, are holding on to a deep-seated reluctance to regularly counsel their people. Some see it is a matter of special calling, while others simply do not think they have the proper equipping or competency to counsel. Other simply do not think there is time in their schedule for counseling.

While undoubtedly central to the pastor’s charge is his responsibility to engage in the public ministry of the Word through its faithful preaching (2 Tim. 4:1–2), the broader responsibility of any pastor is to shepherd the flock of God (1 Pet. 5:2), which includes the pursuit of individual sheep (Luke 15:3–4) and the individual tending and feeding of them (John 21:15–17). The fully-orbed fulfillment of a man’s pastoral responsibilities will be carried out most faithfully when he not only heralds the truth of God’s Word from behind the pulpit (which, of course, is a necessary component of pastoral ministry), but when he does the same from behind the counseling desk.

There are many beneficial effects of being a pastor who not only preaches, but a pastor who counsels. As discussed above, faithful counseling of the Word in private settings will fuel greater effectiveness in preaching the Word in more public settings. The former informs, enhances, and strengthens the latter. Pastor, fulfill your ministry (2 Tim. 4:5)—and specifically, your ministry of the Word (Acts 6:4)—by being a preacher who counsels.

[1] In the companion article to this article, the inverse proposition will be advanced – i.e., that being a committed preacher of God’s Word will strengthen a called man as a counselor of the Word. 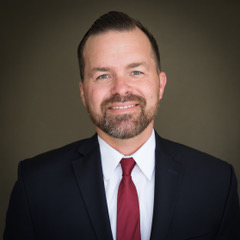 Jesse Randolph is nearing completion of his Master of Divinity at TMS, and is starting the Master of Theology program at TMS in the Fall 2020 semester. He serves as the Pastor of Adult and Biblical Counseling Ministries at Mission Bible Church, in Tustin, CA.