"It is frightening to me that the doctrine most loved by believers through church history, the only doctrine that gives me complete and solid hope, so many modern writers today hate."

This is the reason I went to seminary.

That's what I heard myself whispering at the television 15 minutes in to watching American Gospel: Christ Crucified.

American Gospel: Christ Crucified (hereafter referred to as AG2) is a documentary which explores the doctrine of the atonement through the lens of three people’s faith journeys. The name American Gospel may sound familiar to you, as this film is a follow-up to director Brandon Kimber’s 2018 American Gospel: Christ Alone. In that first film, Kimber investigated the so-called “prosperity gospel” in light of Scripture, and the disastrous effects it was reaping in the lives of those who had embraced it.

In this sequel, the filmmaker sets his sights on the latest iteration of a movement which is broadly known as Progressive Christianity and seeks to compare its tenants with Scripture.

The documentary introduces us to Bart Campolo, a Progressive Christian who eventually fully embraced Secular Humanism. Bart is also the son of well-known evangelical Tony Campolo. We also hear more from Russell Berger, who appeared in the first American Gospel film. This time around, however, we hear the complete story of how Berger converted from Atheism to Christianity and developed a love for sound doctrine. And the third faith story comes from Alisa Childers, who grew up in the church and was even a member of a popular Christian singing group but had serious doubts after attending a progressive Christian church. Eventually, Childers came to understand the true gospel and particularly the centrality of Christ's penal substitutionary atonement. She now runs an apologetics ministry.

This film is a worthy follow-up to the first American Gospel and shares all of the attributes which I praised in my review of the first. But by addressing a movement that many believers may not yet have a category for, and addressing it at the doctrinal level, AG2 travels into even bolder territory. I think some viewers will find themselves surprised at how familiar the language of Progressive Christianity sounds to their ears, as it has already made inroads into many otherwise sound churches. But the heart of this movement is not social action, community, or any other number of things its proponents tout.

Behind Progressive Christianity is an abandonment of orthodox doctrine

The runtime of AG2 is nearly three hours. Sitting through a documentary of that length may sound daunting, but the film breaks into ten easily digestible chapters. These serve as natural breakpoints so viewers can consume a few chapters in each sitting, if they don't want to watch it all at once. This format lends itself to being watched and discussed over several weeks in a Sunday school class or Bible study.

And believe me, AG2 is anything but boring. Viewers will find themselves engrossed in the stories presented by the film's three main characters. And these powerful testimonies are braided together with interviews from an astounding number of familiar evangelical voices. These additional interviews supply historical and doctrinal depth to the issues so that viewers can understand exactly what's at stake.

I noted this in my review of the first American Gospel film, but it bears repeating, Kimber’s skill in pulling together so many disparate interviews into a single storyline without relying on the glue of narration is simply masterful. I was supposed to be taking notes while I watched, but I kept finding myself so absorbed in the film that I would lose track of time and have to rewind so I could jot down quotes. Enjoyable as it is, however, AG2 is more than just a piece of entertainment.

This film was created to make you think, and think deeply

Throughout the film, interviewees raise many thought-provoking questions. Just how important is it that we get the attributes of God right? Or how essential is it that we agree on how the atonement actually works? Many Christians today tend to push controversial doctrines aside, refusing to come down decisively on a side. AG2 demonstrates just how important it is that we think about doctrine and actually plant our feet somewhere. 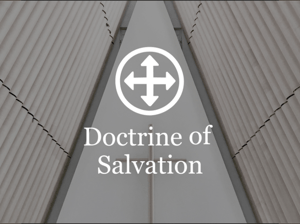 Study the Doctrine of Salvation with Mike Riccardi

This course studies the entirety of God's plan of redemption, beginning in the garden and finishing in eternity in an online, self-paced format.

Even those well-studied in theology will enjoy the depth of the dialogue and the intriguing issues raised in this film. Also, viewers who may not be as familiar with theological concepts like penal substitution or the simplicity of God will find technical terms explained in an understandable way. So, even if you’re not an armchair theologian, you too will come away with ample food for thought without feeling like you’re being left behind.

Another praiseworthy attribute of this film is its honest representation of both sides. This film exposes the false god of Progressive Christianity, not through invective or straw man arguments, but by simply comparing the statements of its proponents with those of Scripture. It would have been easy to turn this into a smear piece, editing the interviews to make those representing Progressive Christianity look foolish. But Kimber maintains the integrity of their arguments. He lets them present their full case in their own words. This is a laudable example of irenic Christian polemic, and one which more believers would do well to imitate in their own discussions of opposing views.

Finally, this film succeeds by the only metric that ultimately matters: It glorifies God. I am confident that Christian viewers will find themselves, as I did, praising God in all His attributes as displayed in the cross of Jesus Christ. And non-believers will likewise hear a crystal-clear presentation of the gospel.

AG2 powerfully and skillfully makes the case that Progressive Christianity, for whatever social good its advocates might be seeking, fails exactly where it matters most. It is rotten at the doctrinal core; they have a false gospel. We would do well to educate ourselves on this movement since the teachings of Progressive Christianity have already made their way into the mainstream of Christian thought. American Gospel: Christ Crucified does a great service to the church in bringing these issues to light.

I will leave you with this: Any church with a concern for sound doctrine would do well to show this film to their whole congregation.

You can stream American Gospel: Christ Crucified right now, or order it on DVD or Blu-Ray.