An Argument against Believers Abstaining from Communion

Why do some abstain?

In 1 Corinthians 11:28 Paul tells believers to examine themselves before eating the bread and drinking the cup. The general thought is that the believer must examine his life in order to determine whether or not he measures up to the partaking of the elements.

Paul continues in 1 Corinthians 11:29–31 and explains how those who have not rightly examined themselves will fall under the judgment of the Lord. In fact, Paul says, some of the Corinthians are ill and some have even died because they partook of the elements without rightly examining themselves.

As a result, it is fairly common to hear a believer talk about abstaining from Communion as a result of a specific sin or event in their life that they have determined excludes them from partaking.

One obvious problem in this scenario is the subjective nature of the believer’s evaluation. As the believer examines himself, what exactly is he measuring himself against? What standard of living is the believer’s life supposed to measure up to that he might heartily say, “I’m now ready to eat and drink the body and blood of my Savior?”

I would like to make an argument against believers abstaining from the Lord’s Supper. My argument is based on an interpretation of 1 Corinthians 11:27 that sees partaking in an unworthy manner and the imperative to examine himself as a reference to promoting class distinctions in the church. Having done so, I would also like to make an application for the believer and for the pastor.

Are there divisions among you?

The Corinthian believers were primarily gentiles living in a Greco-Roman context. In such a context, rich and poor, free men and slaves, Greeks and barbarians, Jews and gentiles would not commonly come together to share a meal. This is what Paul is addressing when he says, “I hear that there are divisions among you.” As we know, the gospel broke down these divisions. As Paul said in Galatians 3:28, “There is neither Jew nor Greek, there is neither slave nor free, there is no male and female, for you are all one in Christ Jesus.”

It appears the Corinthian believers were allowing class distinctions to seep into their gatherings. Paul would have none of this and rightly rebuked them: “Shall I commend you in this? No, I will not” (11:22). It is at this point that Paul pivots into a discussion on the Lord’s Supper. In verses 23–26, Paul recounts the details of the Lord’s Supper. He describes how Jesus, on the night when He was betrayed, took the bread and the cup and commanded His disciples to eat and drink in remembrance of Him. Following this explanation, in v. 28, comes the warning from Paul that is the subject of this discussion, “Let a person examine himself, then, and so eat of the bread and drink of the cup.” (I acknowledge that Paul’s exhortation for a person to examine himself contains additional thoughts regarding discerning the body, judgment, and discipline. I am only addressing the topic of examining oneself in this short article.)

Paul then pivots back to the Corinthian believers in v. 33 and addresses their sinful practice of making class distinctions when then gather. “So then, my brothers, when you come together to eat, wait for one another.” Without getting too technical, the command to “wait” here includes the broad ideas of receiving and sharing. (Note the footnote in the ESV translation, “Or share with,” and see Garland’s, 1 Corinthians, for a brief explanation.) Through the act of waiting, receiving, and sharing with one another the Corinthian believers demonstrate that they understand the meaning behind taking the Lord’s Supper. To understand the Lord’s Supper is to understand that class distinctions must be torn down. As Paul says elsewhere, “There is one body and one Spirit” (Eph 4:4). We are “one body in Christ, and individually members one of another” (Rom 12:5). Thus, understanding the Lord’s Supper is the antidote for disunity.

If all of this is on the right track, then the center of Paul’s command for a person to examine himself is an evaluation of disunity based on social status or class distinction. In this way, a person might evaluate themselves by asking, “Am I showing favoritism to a person and or group in the body of Christ?” Or, more generally, “Does my life demonstrate that I’m eager to maintain unity and ready to wait for, share, and receive others?” The warning against partaking in an unworthy manner appears to be related to selfishness and the discord that results when we make distinctions between the “haves” and “have–nots.”

This leads us to conclude that the warning against partaking of the Lord’s Supper in an unworthy manner is not referring to Christians who hate their sin and desire to please the Lord. Rather, the warning (and examination) is specifically related to those who are selfishly dividing the body of Christ and unrepentant. (I acknowledge that such a person should abstain.)

This means that the sinner who comes to the Lord’s Supper and feels the weight of a specific sin (or sin in general) should confess, repent, acknowledge his need for forgiveness, and partake of the bread and the cup in remembrance of Christ. In so doing, he proclaims the Lord’s death (v. 26) and rightly demonstrates both his need of forgiveness and the place of forgiveness.

What does this mean if you are a believer?

This means that the command to examine ourselves is not about whether or not we are “good enough.” It is not about how good or bad your week went—or your morning went. Rather, the questions we should be asking ourselves should be related to how we view our sin, not whether or not we have sinned. Further, we should not let the more general “trouble” of life invade our minds and discourage us from partaking. In the same way that being “good enough” is not a prerequisite for partaking, having things “go well” is not a prerequisite.

Christ is not asking us to have our lives together before eating the bread and drinking the cup. What Christ is asking us to do is proclaim His death.

Believer, the next time you come to the Lord’s Supper, do not abstain, rather let your need of forgiveness and grace draw you nearer to Jesus as you proclaim His death by partaking of the bread and the cup.

What does this mean if you are a pastor?

Pastor, teach your people to partake of the bread and the cup. Teach them that they are not to measure participation by their worthiness but by His. Don’t let the saints shift their focus away from the proclamation of Christ to the proclamation of self. The only thing your people need to bring to the Lord’s Supper is repentance. Encourage them to eat the bread and drink the cup in remembrance of Christ. 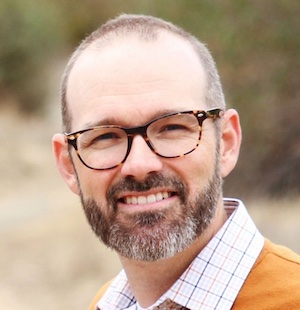 John is a graduate of The Master's Seminary and serves as an Associate Pastor at Rosedale Bible Church in Bakersfield, CA.