The Early Witness to Premillennialism

With this in mind, however, I do think church history is helpful when it comes to the controversial issue of the nature of the millennium discussed in Rev 20:1–10. On six occasions in this passage, the apostle John speaks of a reign of Christ that is a “thousand years.” Throughout church history, Christians have sparred over what John meant by a thousand-year reign of Christ.

So how can church history help us on this controversial issue of the millennium?

Our argument is this—we think it probable that those who had close association with John would also have a correct understanding of what John meant by the millennium.

First, let’s look to two individuals who had connection historically with John—Papias and Irenaeus. Papias (A.D. 60–130) was Bishop of Hierapolis in Phrygia, Asia Minor. He was a contemporary of Polycarp, who was a disciple of the Apostle John.

According to Martin Erdman, Papias “represented a chiliastic [premillennial] tradition which had its antecedents in Palestine” (The Millennial Controversy in the Early Church, 107.) Papias’s dependence on the oral teachings of the apostles and elders has been documented by both Irenaeus and Eusebius.

Eusebius points out that Papias received “doctrines of the faith” that came from the “friends” of the twelve apostles (Ecclesiastical History, III.39.2.) Eusebius also said of Papias, “It is worthwhile observing here that the name John is twice enumerated by him. The first one he mentions in connection with Peter and James and Matthew and the rest of the apostles, clearly meaning the evangelist” (ibid.).

Papias, thus, saw himself as possessing the teachings of the apostles. As Eusebius notes, “And Papias, of whom we are now speaking, confesses that he received the words of the apostles from those that followed them” (ibid., 39.7). Irenaeus also refers to Papias as “a hearer of John” (Against Heresies, V. 33.4).

It appears that Papias had close connections with the apostles, and John in particular.

So did Papias hold a particular millennial view?

He did—Papias was a premillennialist. Eusebius records that Papias believed things that “came to him from unwritten tradition” and “teachings of the Saviour.” Among these beliefs were “that there will be a millennium after the resurrection of the dead, when the kingdom of Christ will be set up in material form on this earth” (Ecclesiastical History, 39.11–12).

Thus, with Papias we have a case of a Christian who had close access to John the Apostle and was convinced that the kingdom of Christ was future and earthly.

Next, Irenaeus (c. 130–c. 202) was born in Asia Minor and later became the bishop of Lyon. As a youth Irenaeus had listened to Polycarp who likely had personal contact with John and other apostles. Irenaeus was not as directly associated with John as Papias, but the historical connection through Polycarp is still significant. Irenaeus knew someone who knew the Apostle John.

As with Papias, Irenaeus was also a strong believer in premillennialism. In fact, premillennialism was a major a weapon in Irenaeus’s battle against Gnosticism and its unbiblical dualism between matter and spirit. Irenaeus used premillennialism and the idea of an earthly kingdom to fight the gnostic view that matter was evil and that God was not interested in redeeming the earth. Erdman points out that “the book Adversus Haereses [Against Heresies] is also one of the most important sources of millennial expositions in the ante-Nicene literature” (Erdman, 109).

So with the cases of Papias and Irenaeus, we have two people who had a historical connection with John the apostle and who strongly affirmed premillennialism. Is it likely that these two men were simply wrong about the millennium? Is it probable that they misunderstand John? We think not. It is more likely that they held to premillennialism because John himself taught this view.

Another historical factor we must keep in mind is that those in geographical proximity to John also believed in premillennialism. John spent his later years in Ephesus in Asia Minor. The book of Revelation was likewise written to seven churches in Asia Minor. The fact that premillennial views were widespread in that region is therefore significant.

In fact, the pervasiveness of premillennialism in the early church in general was so great that Philip Schaff once declared:

The most striking point in the eschatology of the ante-Nicene age is the prominent chiliasm, or millenarianism, that is the belief of a visible reign of Christ in glory on earth with the risen saints for a thousand years, before the general resurrection and judgment. It was indeed not the doctrine of the church embodied in any creed or form of devotion, but a widely current opinion of distinguished teachers, such as Barnabas, Papias, Justin Martyr, Irenaeus, Tertullian, Methodius, and Lactantius. (History of the Christian Church, 2:614.)

On the other hand, for amillennialism or postmillennialism to be correct, we have to believe that those who had close connections with John, either personally or geographically, were woefully wrong regarding their views of the millennium. In our view, this is improbable.

In closing, we understand that the case for a particular millennial view does not rest solely on what certain Christians in the early church believed. Scripture, not church history, determines the correctness of a theological view. But it seems that the historical argument is on the side of premillennialism since people close to John held premillennial views, and because premillennialism was the overwhelming view of those in Asia Minor and the church as a whole of the second century.

For more from Dr. Vlach on the subject of biblical prophecy and end times, be sure to visit his blog at TheologicalStudies.org. 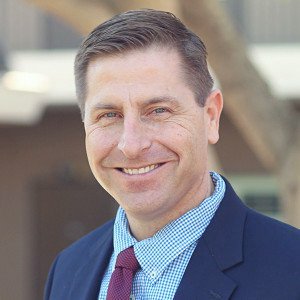 Michael J. Vlach , Professor of Theology, has been teaching full time at TMS since 2006. He specializes in the areas of Systematic Theology, Historical Theology, Apologetics, and World Religions.