In part 1 of this series, God established a theology of salvation in Exodus 1-2 by raising up a deliverer and initiating deliverance. In the following chapters, we observe God’s revelation of this salvation. The details of the text present rich theology ingrained into these familiar passages.

Exodus 5 opens with Pharaoh’s insolent speech. The king of Egypt questions the supremacy of God: “Who is the Lord that I should obey His voice to let Israel go?” (Ex 5:2). He also asserts himself in the place of God when he declares, “Thus says Pharaoh,” (Ex 5:10) an intentional mockery of “Thus says the Lord.” Pharaoh believes God is nothing, insults His words, and claims to be divine.

Pharaoh repeats this offense when he hardens his heart. The word used for “harden” is the same word “glorify” (כבד). The use of this word exhibits the attempts of Pharaoh to harbor his own glory rather than attribute glory to God. God has once again been challenged by Pharaoh, as he arrogantly asserts that he deserves all glory.

In response to this affront, God reveals Himself more fully. With plagues He devastates Egypt, the world’s first superpower.

These plagues unveil His glory and supremacy in the following ways:

1. The plagues display God as Creator.

Why are there ten plagues? The number “ten” points back to the creation account in Genesis. When God creates the world, He speaks ten times (Genesis 1:3–30). Another set of “ten” in Exodus confirms this association. The ten commandments are called in Hebrew literally the ten “words,” or ten “speakings.” This again refers to the ten times God spoke in creation. The ten plagues parallel this logic. They show in sum that God is Creator; He is absolutely supreme.

2. The plagues establish the lordship of God over the world.

The plagues can be arranged in sets of three. Each set of three plagues emphasizes an aspect of creation. There is water, land, and sky.

God turns the Nile to blood: He owns the water.

God sends hail and fire upon the earth: He owns the land.

God turns the light to darkness: He owns the sky.

The final plague is against Pharaoh himself: He owns all rulers.

With these acts, God shows that every component of creation belongs to Him alone.

3. These plagues prove God’s commitment to His people.

Why does God attack the Nile? It should not be forgotten that Pharaoh commanded the Egyptians to cast their baby boys into the Nile. Thus, God targets the Nile specifically. Why does He take the firstborn children? Remember that Egypt took the baby boys from God’s people. Why did God swarm the water with frogs? Frogs were the mascot of midwives in Egypt.

The message of God is unmistakable: He will repay every attack against Himself and His people. The plagues demonstrate the loyalty of God to His people.

4. The plagues demonstrate the dominance of God over the supernatural.

God turns the water of the Nile into blood because the Nile god, Hapi, is dead. He attacks the Egyptian pantheon. The pinnacle of this attack is against Pharaoh, who believes himself to be a god. The tenth plague exposes that Pharaoh is not a god; his son is not a god; God has power to destroy them all.

These plagues are an overwhelming presentation of God’s incomparable might.

In the end, Pharaoh says, "Go, serve your God" (Ex 12:31). The demand of God from the start was clear, "Let my people go so that they may serve me." Throughout the plagues, Pharaoh refused to utter these words. For if Pharaoh permitted Israel to “serve God,” he would be forced to acknowledge that God is the one with authority, and not himself. Thus, for Pharaoh to say, “serve your God” is a statement of complete surrender.

Pharaoh says precisely what God wants him to. Pharaoh acknowledges that he has no power, authority, or control over God’s people. He acknowledges Yahweh to be the true master—the One who contains all authority and power. Pharaoh may have begun with an arrogant challenge, but in the end, God shows He has no equal.

This display of God’s supremacy, this deliverance, is the linchpin in redemptive history. To highlight the importance of these events, God institutes a celebration—Passover—so that Israel will know (and make known) that this narrative is central to His redemptive plan. This celebration is part of their work as a kingdom of priests (Exod 19:5-6) — to proclaim the one true God and His plan to the world.

Moses instructs Israel to remember the celebration after they enter the Promised Land (Ex 13:5-14). These subsequent generations are commanded to say “…the Lord brought us out of Egypt” (Ex 13:14). These later generations, who may not have personally experienced the Exodus, are not saying that the Lord delivered their ancestors, but us.

Even though these mighty works of God were now years in the past, Israel must remember them as if they had happened to them personally. This is a reminder that they would not experience their present reality if God had not acted in the past. The Israelites were instructed to proactively acknowledge that while this deliverance may have been to their fathers and grandfathers, it had direct bearing upon them. That is the importance of the salvific work of God.

The Need for a Mediator

Does Exodus complete God’s deliverance? One might think so given the significance of this event. However, there is a lingering problem: the sin of Israel. Throughout the book, they refused to believe God (Exod 4:1), scorned their redemption (Exod 14:12), and disobeyed the instructions of God (Exod 16). This culminates in the golden calf incident, where Israel breaks every commandment given to them. With mighty power God may have delivered Israel, but that deliverance will end in the destruction of Israel because of the people’s remaining sin.

The Israelites need something more.

The moment at Sinai introduces the need for a mediator to come before God, the final point in God’s revelation of His deliverance. God tests Moses to see if he will stand for the nation, or if he will simply let God destroy Israel (Exod 32:11). Moses stands to intercede (Exod 32:12-14), and thus inaugurates the role of a mediator for God’s people. A mediator is necessary for final deliverance.

However, Moses is not the ultimate mediator. He cannot substitute his life for his people (Exod 32:32-33). Nevertheless, God will provide this ultimate mediator, for He is the God full of grace and truth, forgiving sin yet refusing to leave the guilty unpunished (Exod 34:6-8). The character of God drives His plan of redemption.

God promises Moses, “Behold, I am going to make a covenant. Before all your people I will perform miracles” (Ex 34:10). The same language was used of God’s earlier deliverance of His people from Egypt. In this statement, God promises to do it again. There will be a second Exodus. This salvation will be final. It will fulfill both how God will triumph over this world for His people and how He will deal with their sin through a mediator.

The book of Exodus has established the glorious nature of salvation and looks forward to its fulfillment. It anticipates Jesus Christ—the One full of grace and truth (John 1:14)—to deal with their sin and lead His people home to an eternal kingdom. 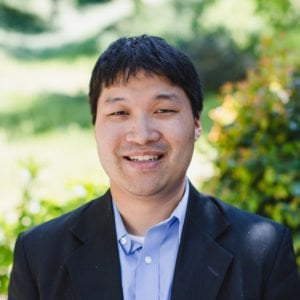 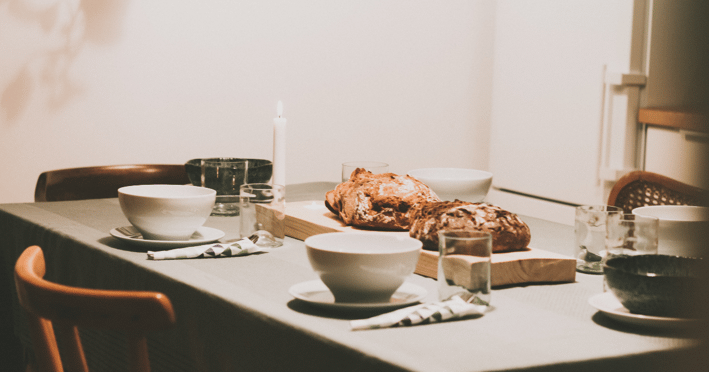