How Do I Know if Sin Reigns in Me?

The biblical authors had weighty things to say about sin. For instance, Paul tells Titus that sinful works can silence and negate professed faith (Titus 1:16). Paul also writes, through tears, that those who set their thoughts on earthly things will eventually be destroyed (Phil 3:19). And the preacher of Hebrews pleads with believers not to be “hardened” by sin (Heb 3:13).

Have you ever stopped to consider what it means that sin “hardens”? If you’ve seen concrete poured, you get the idea. If wet concrete sits for long enough, you can drive a dump truck over it. That’s what happens to sin if it sits on a soul for long enough, baked in by the day-in-day-out little compromises we make. The preacher of Hebrews says one more thing about sin in that verse. He calls it “deceitful.” Sin whispers to us that we have more time before the concrete settles, that our ways are still malleable. But it’s lying.

One of the scariest verses in the New Testament is found a few chapters later in Hebrews. Speaking of Esau, the preacher tells us that after he had given up his birthright, “he found no place for repentance, though he sought for it with tears” (Heb 12:17). This verse tells us a tough reality: Esau tried to repent and couldn’t. The concrete had hardened. And how did this all happen? It must have been an enormous sin that Esau did that would lead him there, right? No. He “sold his birthright for a single meal.” A bowl of stew. It was a moment of immediate gratification. Then another. Then another. Though he eventually realized how far his heart had withered, it was too late. He had become sin’s slave.

And yet, the NT also offers hope to the weary sinner. The letter of 1 John clearly says that believers still wrestle with sin (1:8) and that Christ will “forgive” and “cleanse” those who confess those sins and run to him (1:9).

In his book Spiritual-Mindedness, John Owen asks the question that we, as sin-stained travelers, probably ask after reading what the NT says about sin: “How, then, can one tell the difference between the occasional breaking out of any lust or corruption in the face of temptation, and a person in whom sin still reigns and has dominion?” (90) In other words, how do I know if sin owns me? To put it more bluntly, how hard is the concrete of my heart?

Owen, in a careful and fruitful way, asks questions that probe our hearts.

What are we truly troubled by?

As we look into our heart and ask the honest question: How do I know if the sin in my life is the “occasional breaking out of lust in the face of temptation or sin still sitting on the throne of my heart?” Owen provides a response: “Quite frankly, it does not matter whether we are able to tell the difference” (90). In other words, we’re asking the wrong question.

The better question is: What are we troubled by? Yes, we may hate the corruption of our hearts. Yes, we may long to be rid of sin. But we would be no different than Esau. The real question is: Do we hate our sin and long to be rid of it because it is sinful, or because of what will happen if our sin is found out (90–91)? Are we humbled by the filth that still lingers in our soul or scared of its consequences? Are our tears and pangs of conscience no more than first cries over the things we’re about to lose as a consequence of our actions?

As depraved humans grimacing through the consequences of our sinful hearts, the sad reality is that we can be selfish even in our sorrow. Here’s the critical test: Are we willing to accept all the consequences for our sin as kindnesses from the Lord? If we are, that’s a good sign that what troubles us is missing sweet communion with our Father, not the things he might pull from our hand.

Owen presses further. He asks his readers what they think of death. Has sin become such a thorn in our lives that the thought of death is pleasant because it means waving goodbye to sin once and for all (92)? If sin is an ever-present enemy, we should long for the day when we wake up to its absence. Or is death bitter? Does death seem like the end of our little games and of our stolen moments with sin?

What do we do with the obstacles God puts in our way?

Owen isn’t finished. He then leans across the table and asks us, what do you do with the obstacles God puts in your way?

Think for a moment about the life of David. You have probably asked how did David fall to such depths with Bathsheba? Often sermons on that story focus on the fact that David should have been at war; he shouldn’t have been on his roof in the first place. That may be true, but sin usually works much slower and deeper than that. The story of David’s fall begins much earlier.

There’s an interesting narrative in 1 Samuel 25 that is easy to miss. It’s the story of David, Abigail, and a man named Nabal. Here’s the gist of it: David and his band of outcasts are in the wilderness. Saul is on the throne, and David and his men are hungry and homeless. They watch over the flocks of a rich man, Nabal, and then knock on his door to ask for some food in return for their services. The first words out of Nabal’s mouth are not what David wanted to hear: “Who is David?” (1 Sam 25:10). David’s name had been sung in the streets just chapters earlier. David was a war hero. And now this: “Who is David?” It would be like a pastor returning to a prospering church he planted after several years only to be greeted by, “Who are you?”

The men are refused even scraps from Nabal’s table. Up to this point, David has been careful not to attack the Philistines without the Lord’s approval, and has refused to so-much-as touch Saul. But now he grabs his sword and sets out to destroy this who-is-David fool. But through the influence of Abigail, the Lord pulls David back. Abigail reminds David of the promises God made him, and urges him not to shed blood in his anger and bitterness. She says this to David: “The Lord has restrained you from bloodguilt” (1 Sam 25:26). And David even acknowledges the Lord’s kindness to him: “Blessed be you, who have kept me this day from bloodguilt” (25:33). Then a sentence later: “The Lord the God of Israel … has restrained me” (25:34). See what the Lord did there? He pulled David back. He held him back with his mighty hand. Just as God says to the waves, “This far and no further,” he said, “Don’t bloody your hands” to David’s sin-craving heart.

The narrative of 1 Sam 25 ends with hope, as David and Abigail ride off into the sunset, married. But the scene goes a minute too long. David adds Abigail to his self-gratifying harem, even though David knew God was displeased by polygamy. This little episode helps explain why the Bathsheba event happened. David escaped a tense, climactic moment of potential downfall—killing Nabal—and thanked the Lord for restraining him. Then he returns to his much more subtle, much more settled, sinful lifestyle. How often does that happen in our lives? We win a skirmish, only to go home and lose a war.

Owen writes: “When men have long persisted in sin and burst through all the obstacles God has set up to stop them, God removes all restraints and gives them up to their heart’s lusts to do the things that are not fitting (Rom 1:28)” (93). This is what happened to David.

I’ve heard it said—I think by Gunner Gundersen—that sin is much more like weeding than mowing. David plucked one little weed, but he didn’t get them all. He quit after one.

So Owen looks us all in the eye and simply asks: What do you do with the obstacles God places in your life? Do you pray, God get in my way. Hold me back from my own sinfulness. Pull me back. Say no to me. Thy will be done. Or do you find a different path to the sin you wanted all along?

Owen has one more question for us.

Do we think about God?

Owen’s final point is simple: If sin reigns in our hearts, we will not delight in our thoughts of God (93). He goes even further—“they dare not think of God because of guilt” (93–94). Those who, in their hearts, intend to continue to find little avenues for sin cannot think of God. The sinner resolved to continue in sin cannot enjoy one thought of God (94). There is only one way to think of God with heavy guilt resting upon our heart, and that is when we decide to forsake this long-cherished sin (94).

When we sin, if we find our natural reaction to busy ourselves with other tasks—to take a shower and get out of the house and listen to music, that might be an indicator that we are refusing to think of God. But if when we sin, we think of our kind Father, and feel the weight of our guilt, and bow before him, confessing our sin and deciding no longer to hold it dear, then the Father welcomes us into his arms and prepares a banquet for us, clothing us in the finest of robes—the righteousness of Christ.

This last question is simple, but telling: do we think of God?

I Will in No Wise Cast Out

Let us end with the words of John Bunyan: 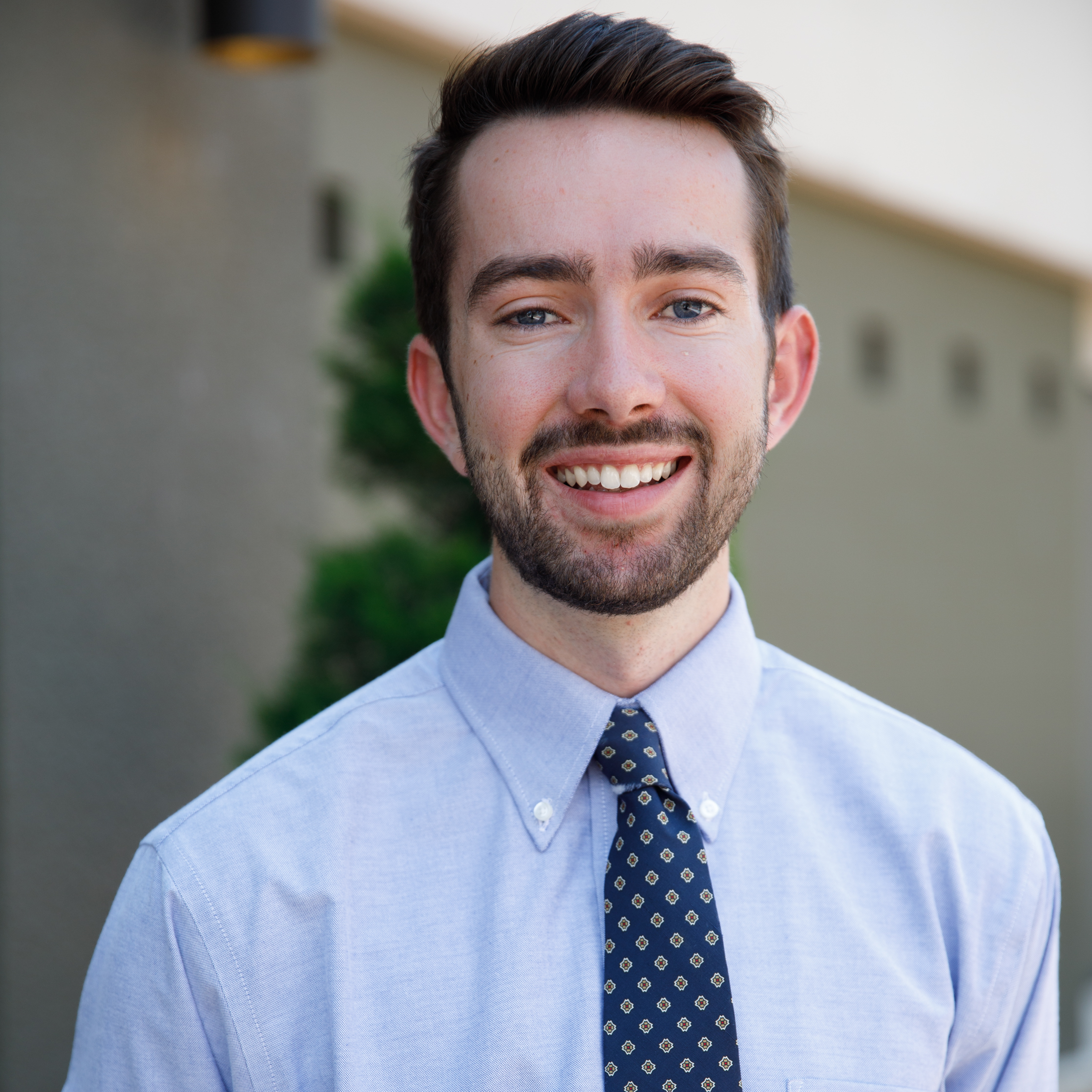 Jack is married to his lovely wife Whitney and serves in the young professionals ministry at his church. He works as the editor for The Master’s Seminary Journal and coordinator for distance education.