How Seminary Prepared Me to Pastor During COVID

“There was no class in seminary on pastoring during a pandemic.” I’ve heard this said many times. I’ve even said it a few times myself. But, in the last few weeks, I’ve reflected on all the ways the Lord has been kind to our church through this pandemic. As I’ve done so, the Lord has shown me ways He used seminary to prepare me to serve our church through this strange season.

Seminary forced me to learn patience.

One of the greatest kindnesses the Lord showed me in seminary was to crush my addiction to instant gratification. Before my time in seminary, I had preached a number of times, served for a brief season as an interim pastor, and ministered in various roles. In each of these, I was woefully unprepared and pridefully addicted to “results.” I became enchanted with ministerial “success."

The Lord began to crush this pride in orientation week when I realized I didn’t even really know how to read. I could only answer two questions on the orientation Bible exam. I spent most of my first semester on Google, trying to keep up with the terms being used in classes—understanding the concepts behind those terms was a whole different battle. My first class in Hebrew grammar taught me how little I knew of English grammar. In the first week, my wife had to dissuade me from quitting after I realized not only was I ill-prepared for seminary, I couldn’t even understand seminarian jokes.

The Lord was kind to me during this time. He used my inability to grasp the terms and grammar and jokes to crush my pride—to force me to slow down and learn. He was gracious to keep me from leadership roles for several years, to withhold the instant gratification I had become entranced with. He forced me to be patient and learn. He blessed me with mentors who were gracious with me and cared enough to speak into my life.

The Lord showed me the benefit of slow study. He allowed me to observe patient, deliberate leadership, and the benefits of this style of leadership for others.

While I am far from done learning, the Lord has used these lessons during this pandemic. He has helped our church to be patient in a time when facts, figures, and government advisories and mandates change daily. Through this uncertain and unprecedented season, God’s kindness has allowed us as a church to stay the course and trust in His means of grace to build and grow his church.

Seminary taught me to think deeply.

I sat in class, eager with anticipation. A few students were handing out papers. This was to be the first research paper I had received a grade on in seminary. I had worked harder on it than anything I had written in college, and (see point one) I was longing for some affirmation.

But the students handing out papers continued to walk past me without giving back my paper. My anticipation grew. I wanted that paper!

Then, Dr. Jim Rosscup (one of the most amazing people I’ve ever met) walked up and handed me a sealed envelope. He said he would like to take me out to lunch after class and discuss my work. I was ecstatic. It must have been even better than I thought!

As I lifted the paper out of the envelope, there it was written across the top: “D–.” That was followed by what I’ve come to cherish as one of the most gracious reviews I ever received in seminary: “Truly, this paper was not worthy of a D–, but I have shown grace.”

I don’t think I learned anything in class that day. I was stunned. I read through the corrections on my paper, with everything in me attempting to restrain the tears.

After class, Dr. Rosscup took me out to lunch at Carl’s Jr. He not only talked me out of quitting seminary, but assured me that I could learn. He assured me that he had seen students struggle with their first assignments and then go on to excel—not only in seminary, but in ministry. He told me that I could learn from that experience and grow. I’ve never had a man treat me as kindly and graciously as Dr. Rosscup did that day, all over a Diet Coke and fried zucchini.

When my head finally stopped spinning, I managed to ask Dr. Rosscup for a few tips to get started. I shared with him that I was feeling overwhelmed and wasn’t sure where to start on implementing his corrections, let alone the corrections from my other classes.

He told me that I needed to focus on one thing: I needed to stop being lazy in my thinking. He said I was too eager to accept an interpretation, to accept the easy answer, to go with the first interpretation that seemed reasonable to me. He told me I needed to stop lazily accepting having an assignment completed, and instead commit to doing my work well. He reminded me that I should be driven to rightly understand God’s Word, not just complete the assignment.

He reminded me that I was preparing to serve the people of God, and that I should love my future congregation enough to work diligently, to think deeply even before I knew them. He encouraged me with a Benjamin Franklin quote (that I now have on a coffee cup in my study): “Plough deep while sluggards sleep.”

The lessons I learned from that D– and lunch have stuck with me now for nearly a decade. And, particularly during this time of pandemic, they have been greatly useful. As we’ve considered how to do ministry during a time of stay-at-home orders, mask mandates, social distancing, and countless government advisories and mandates, the deep thinking that Dr. Rosscup and other TMS faculty taught me has been invaluable.

Seminary taught me the power of sequential exposition.

As our church has endured this pandemic—this time of profound uncertainty—we’ve been greatly blessed by a commitment to verse-by-verse exposition. In a time when we can’t know what will happen day-to-day in commerce, politics, sports, entertainment, or business, when churches aren’t sure week-to-week how government policy will change for gathering, capacity, distancing, mask wearing, or even singing—in such strange times, our church has taken comfort in the simple predictability of knowing that each week we’ll be studying the next passage in our Bibles.

In a time when the world is swirling and swaying, God has used His Word to give us a steady, reliable anchor. We’ve seen how God has used a preaching plan—that was prayerfully set before any of us ever heard the word “Coronavirus”—to give us the teaching we needed right when we needed it. God has richly blessed us through His Word.

Seminary taught me a lot. One of the great things it taught me was to be humble enough to admit when I was wrong. In that spirit, for all those times that I said, “There was no class in seminary for pastoring during a pandemic,” I was wrong. I praise the Lord for the ways he used seminary to prepare me for this season. To God be the glory! 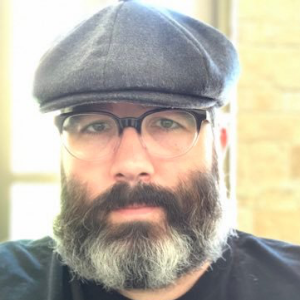 Eric is a graduate of The Master's Seminary (MDiv 2014) and serves as pastor at Grace Community Baptist Church in Elgin, TX.