Methuselah's Age and the Patience of God

Anyone who’s ever played Bible trivia knows that Methuselah lived longer than anyone else. He died at the ripe old age of 969. But have you ever wondered why?

Putting aside all of the environmental factors of a pre-Flood world (where lifetimes lasted a lot longer than they do today), I'm convinced the answer has more to do with the character of God than the physical constitution or health consciousness of Methuselah.

When Methuselah was born, the text of Genesis 5 indicates that his father Enoch began to walk with God in earnest (Gen. 5:21–22). Many commentators believe that it was during the time of Methuselah’s birth that God revealed to Enoch the reality of the coming Flood—which is why Enoch spent the next three centuries warning the world around him of God's impending retribution (Jude 14-15).

Methuselah’s name can be translated as either “man of the javelin” or “man of the sending forth.” It is likely, especially given the context of Genesis 5–6, that his name referred to the reality of God's coming judgment—a global Flood that would be sent forth with sudden force and destruction. The further implication is that divine wrath would not fall until after Methuselah died. (Some scholars even render the meaning of his name as "his death shall bring forth." )

Methuselah lived 969 years. If you add up the length of time between Methuselah’s birth and Noah entering the ark (187+182+600), it is also 969 years. That means, in the very year Methuselah died, the Flood was sent forth like a javelin on the earth.

So why did God allow Methuselah to live for so many years — longer than anyone else in human history?

I believe it was as an illustration of His incredible patience. The fact that Methuselah lived almost 1,000 years demonstrates the longsuffering nature of God. From the time God revealed the reality of that judgment to Enoch, it was almost a millennium before raindrops of wrath started to fall in the days of Noah.

Methuselah’s long lifetime fits with Peter's depiction of God's patience in 2 Peter 3. After discussing the Flood (in vv. 5-6), the apostle writes in verses 8-9:

But do not let this one fact escape your notice, beloved, that with the Lord one day is like a thousand years, and a thousand years like one day. The Lord is not slow about His promise, as some count slowness, but is patient toward you, not wishing for any to perish but for all to come to repentance.

So, next time someone asks you, What's the name of the oldest man in the Bible? Don't just answer "Methuselah" as if his age were merely some trivial factoid. Instead, consider the fact that 969 years is a really long time—not just for any one man to live, but for a holy God to be patient with a rebellious planet.

Nathan Busenitz is the Dean of Faculty and Associate Professor of Theology at The Master's Seminary. He is also one of the pastors of Cornerstone, a fellowship group at Grace Community Church.

How Can I Know if I'm Saved? 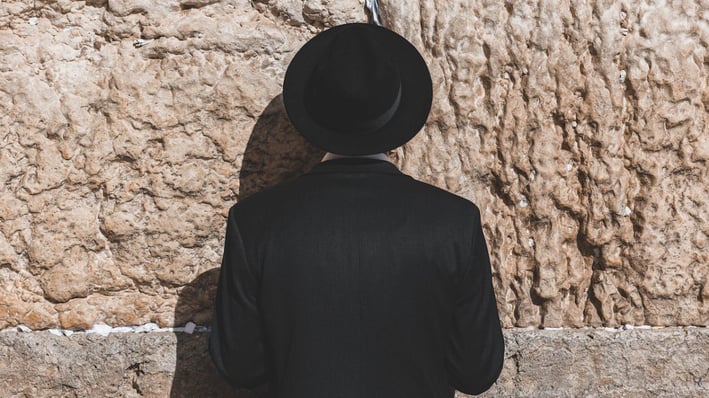