Overcoming Youth and Inexperience in Ministry

Likely as a teenager, Timothy was drafted from the nondescript crowd of new believers in Lystra. Originally from an interfaith family, he was eventually circumcised, deputized, and placed into service alongside the Apostle to the Gentiles—Paul. The New Testament is infused with his name as an eyewitness of all that happened after Acts 15.

He was not, however, merely a bystander. This young man carried the verdict of the Jerusalem counsel into hostile territory, witnessed Paul’s beachside appeal to the Ephesian elders, and supported him for two years in Rome. Timothy delivered, received, witnessed, or is named in Romans, 1 and 2 Corinthians, Galatians, Ephesians, Philippians, Colossians, 1 and 2 Thessalonians, 1 and 2 Timothy, and Philemon. Only Paul’s letter to Titus did not involve him. However, Paul wrote this letter from Ephesus, where a copy would have been made that Timothy would no doubt have read. About 15 years after his commission, Paul sent him to Ephesus to be the pastor of that preeminent church, ministering among some of the greatest teachers and fighting the most destructive heretics of the first century. He was also the last person to whom Paul wrote, just days or weeks before his execution.

So enough about Timothy being some frail and fearful amateur with a weak stomach. The text of the New Testament does not permit that. Consider that he was left in Thessalonica to face a mob, sent to Corinth to confront a carnal church, sent to Philippi to get an update while Paul was in prison, and then relocated to a flagship church in Ephesus to pastor and protect them. All this while he was a young man. Timothy faced rejection, was often dismissed, and was constantly under pressure.

Every pastor will tell you ministry takes a great deal of patience and wisdom. Young men typically lack both. So Paul gave Timothy some insights. We can draw four keys to overcoming youth and inexperience in ministry from 1 Timothy 5:1-2.

We know from Scripture that we are to respect our elders. Leviticus 19:32, for example, reads, “You shall stand up before the gray head and honor the face of an old man, and you shall fear your God: I am the Lord.” You fear God by respecting men who are older than you. This is a timeless principle. Gentle persuasion, patience, and grace must season each interaction.

That said, older men in the faith need to be corrected from time to time. But it must not be done by a sharp rebuke. The word translated rebuke in 1 Timothy 5:1appears only in this passage. It means to strike in a vulnerable place. It could be translated something like, “I wish you’d resolve not to treat older men unkindly.”

Timothy needed to resist the temptation to become a petty lord in his own little kingdom. Any young man with an aim to make a name for himself can quickly become a modern-day Rehoboam (1 Kings 12) with a gaggle of young counselors cheering him on.

It is true that age and spiritual maturity do not necessarily go hand in hand. Maturity is not something that grows like ivy. Instead, it is cultivated over years and is the product of a spiritually ordered life. Look intently for older men who have it, and put yourself in a place to receive their council.

The only people in your church who should feel the sharp end of the staff are false teachers (Tit 1:13). An old man is to be encouraged, meaning you must come alongside him. Correction is at times appropriate and necessary, but do it with respect. It’s difficult enough for an older person to respect the leadership of a younger man (1 Tim 4:12). Don’t make it harder by being haughty.

Rabbis of the time taught that authority came at the age of 30, but wisdom waited until 40. Timothy was young, so he was in a difficult spot. He needed to know how to interact with the other young men in the church, especially those who were less mature in the faith. Timothy couldn’t just demand obedience, he had to model it for them.

He needed to come alongside them shoulder to shoulder and work with them. These men were brothers, fellow children of God, and equals before the Father.

Be your brother's keeper, but not his judge. Leave that to God

When you deal with peers, treat them as brothers. Practically speaking, be the first to repent—and quickly. This will create a healthy culture where you are above reproach, but not above being rebuked.

Matthew Henry put it this way, “The younger, if faulty, must be rebuked, not as desirous to find fault with them, but as willing to make the best of them.” Men will follow if they know you are committed to making the best of them.

We are told in this passage to treat older women like mothers. The same reverence for older men is to be given to older women. Young men should treat these women in the church as if they were their own mothers. If historians are correct, Mary the mother of Jesus lived in Ephesus for a time, which would have likely made Timothy her pastor. She would be among those he would respect as a mother.

In a day when older women struggled for respect, Paul calls for utmost gentleness. If you want to overcome the perception that you only value young people who can advance your agenda, then start caring for elderly women. Each week reach out to at least one elderly woman. This will melt your pride and dull the razor edge of ambition that is so often aimed at taking your church to the “next level.”

Young men in ministry show the same respect to young women as they do to young men, but with the added exhortation, “in all purity.” In a healthy church where men lead with God given authority, there is an immediate need for safeguards against abuse. Everyone is to keep their relationships pure with women of all ages, but especially the young women who are not yet married. One of the most devastating failures a man of God can experience is transforming his power to serve into a demand to be served.

Overcoming the handicap of youth and inexperience will occur naturally with time and practice. In the meantime, you can accelerate the process by following the advice given to Timothy. The lessons in 1 Timothy 5:1-2 can be summarized like this: Every faithful, useful, God-honoring shepherd will be diligent to correct believers who are in sin and respect believers as part of the family of God. By putting this truth on a regular basis before your eyes, your goals will be conformed to that which brings about respect, humility, gentleness, and purity. Even the youngest servant of the Lord, if diligent in pursuing these virtues, will have both an impact and an audience. 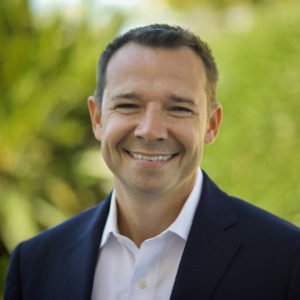 Jonathan Rourke is a graduate of The Master’s Seminary (M.Div, Th.M). He has served since 2011 as the pastor at Tri-City Bible Church in Vista, California.