“Are we to imitate the way in which the New Testament apostles exegeted the Old Testament?”

To even ask the question seems sacrilegious. We unashamedly adhere to the apostles’ view of the inspiration, inerrancy, and authority of the Old Testament. So, if they are our standard for determining the nature of Scripture, they must surely be our standard for determining its interpretation. Anything contrary would seem to be unbiblical. As one New Testament scholar stated,

If we refuse to pattern our exegesis after that of the apostles, we are in practice denying the authoritative character of their scriptural interpretation—and to do so is to strike at the very heart of the Christian faith.[1]

But the issue is not as simple as it first seems—and for several reasons.

First, even those who answer this question in the affirmative disagree over exactly how the apostles interpreted the Old Testament.

Walter Kaiser, for example, contends that such interpretation was always literal in nature. As a result, any interpreter of Scripture—if he indeed desires to imitate the apostles—must always interpret Scripture literally.[2] Louis Berkhof, on the other hand, contends that the apostles’ exegesis of the Old Testament was both literal and mystical in nature. He writes, “The necessity of recognizing the mystical sense [in Scripture] is quite evident from the way in which the New Testament often interprets the Old.” He goes on to state that this apostolic approach “intimates that whole categories of related passages should be interpreted in a similar manner.”[3] It is this logic that justifies Berkhof’s claim that spiritualizing Old Testament prophecies concerning Israel is mandated by the apostles themselves.[4]

Many other voices expressing different perspectives could be added,[5] but the point is clear. Such disagreement warns us against answering the question simplistically, and it emphasizes the need to carefully define our terms.

NT writers frequently use the OT in ways that at least appear to imply meanings that eclipse or diverge in some way from those of the original authors. How is the relationship between these intended meanings to be understood?[6]

In fact, of all the many Old Testament citations and allusions found in the New Testament, only a few plausible examples of non-contextual usage have been noted by critics . . . [and] it is by no means certain that even these examples are non-contextual.[8]

This leads to the third reason that makes our question difficult to answer.

Third, It is widely acknowledged that there were various purposes behind the apostles’ use of the Old Testament.

Sometimes the apostles cited the Old Testament to point to literal fulfillment. Other times they referenced an Old Testament text to make an application of a universal moral principle. Occasionally they simply cited a text to show that a fulfillment of Old Testament prophecy was still future. Often, they merely used Old Testament language as a vehicle of expression.

According to Roy Zuck, there are at least ten different ways the New Testament writers utilized the Old Testament.[9] Greg Beal lists twelve.[10] Consequently, to speak of imitating the apostles’ handling of the Old Testament is no simple thing. As Feinberg points out, “there is no single NT pattern of OT usage” which interpreters can claim as their approach.[11] Even Silva—who contended that a refusal to pattern one’s exegesis after that of the apostles was a denial of the authoritative character of their handling of the Old Testament—concedes that “indiscriminate imitation is not called for; we need not reproduce the New Testament hermeneutic in all its features.”[12]

But then what feature is to be reproduced? While claiming to imitate the apostles’ example, proponents now must discriminate, and their conclusion is often determined arbitrarily. When left with ambiguity, interpreters inevitably chose an approach which supports their own preferred hermeneutic, especially with respect to certain kinds of texts. Subjectivity in interpretation increases, even while apostolic authority is claimed.

Fourth, when it comes to issues related to Christian faith and practice, we readily acknowledge the difference in Scripture between the descriptive and the prescriptive.

We recognize that Scripture contains texts which describe certain actions as unique to a particular time or people in God’s redemptive storyline, and that it contains texts which normalize certain actions for all people everywhere. For example, it would be imprudent for a Gentile church planter to attempt to follow the apostle Paul’s “custom” of preaching the gospel in the local Jewish synagogue as the first step in evangelizing a community (e.g., Acts 17:1-3). That approach is peculiar to Paul based on his unique background and role in redemptive history; it is not a universal requirement for missionary practice.

This same distinction must be considered with respect to our question, “Are we to imitate the way in which the New Testament apostles exegeted the Old Testament?” To see a kind of uniqueness involved in the apostles’ use of the Old Testament does not undermine a high view of Scripture or strike at the heart of the Christian faith. To the contrary, it upholds it. It recognizes an authority and privilege that existed among the apostles that are not shared by all believers.

And this leads to our final distinction.

Finally, The New Testament apostles were channels of direct revelation, whereas readers are interpreters.

The difference cannot be glibly dismissed. A fundamental difference exists in status, activity, and product. The New Testament writers, possessing the gift of apostleship or prophecy, experienced the Spirit’s unique ministry of inspiration, whereas readers of their writings experience the Spirit’s common ministry of illumination. The former were granted knowledge directly from God, apart from hermeneutics, the normal process of interpretation, and learning. The latter are granted knowledge through a medium—the revelation publicized by God’s spokesmen—as it is faithfully interpreted. The former produced an inerrant communication which possessed ultimate authority. The latter produce an interpretation which enjoys only a derivative inerrancy and authority. The former were to be believed because they spoke from God. The latter are to be believed only insofar as they can prove it objectively from the text.

As such, it must be mentioned once again that to describe the apostles as engaging in “exegesis” can be misleading.

They were not writing commentaries on the Old Testament text as we do. They were revealing divine knowledge that built upon and affirmed previous Scripture while also unlocking new mysteries.[13] This leads John Walton to state,

Ultimately, the critical question which must occupy the interpreter’s mind is not, “Can I imitate the way in which the New Testament apostles exegeted the Old Testament?” Rather, it is, “What must I do to listen to the biblical writer?” Whether in the Old or New Testament, the interpreter’s responsibility is to become a slave to the writer who penned the text before him. It is by pursuing this path that the authoritative character of the biblical text will resound without impediment.

To learn more about everything from hermeneutics to homiletics, see our guide: Handling Scripture.

[1] Moisés Silva, “The New Testament Use of the Old Testament: Text Form and Authority,” in Scripture and Truth, ed. D. A. Carson and John D. Woodbridge (Grand Rapids: Zondervan, 1983), 164.

[7] This Messianic expectancy is clearly affirmed by Jesus when he said, “Your father Abraham rejoiced to see My day, and he saw it and was glad” (John 8:58). Jesus here is not providing a new hermeneutical paradigm through which to view the Old Testament—one which his apostles will then employ in their “reinterpretation” of Old Testament texts. Rather, he is pointing to a state of affairs that existed in that time. There is no need to eisegete (“lead into”) a Messianic hope into Old Testament texts. It was already there.

[13] This recognizes both continuity and discontinuity in the testimony of the New Testament writers. On the one hand, they do echo the original meaning of the Old Testament text and explain its fulfillment or significance. On the other hand, and in light of Israel’s rejection of her Messiah, they do reveal completely new themes, particularly the doctrine of the church (see Eph 3:1-7). 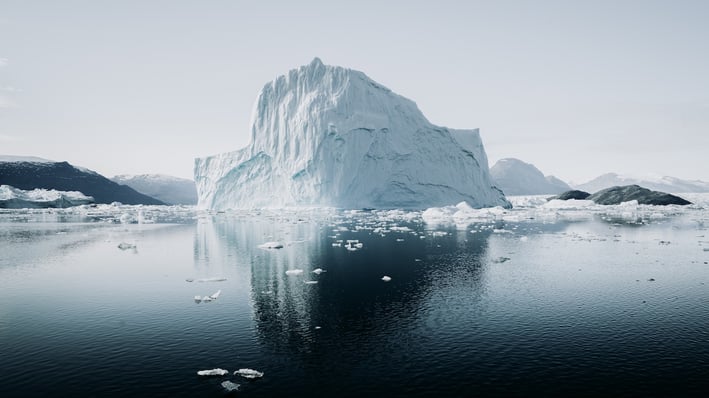