On September 6, 1851, a man died alone on the shores of Picton Island in Patagonia. In the weeks and months leading up to his death, he witnessed six friends meet the same fate. The effects of disease and starvation had wreaked havoc on each of their bodies. Their mission to reach the native Fuegian people with the gospel had failed. Although none of the men hoped for this outcome, it was one they accepted given their resolute confidence in the providence of God.

Few people today know the name Allen Francis Gardiner. But his faith, which ultimately led to his death in the final months of 1851, is worth our consideration today, nearly 175 years later.

The Life of Allen Francis Gardiner

Allen Francis Gardiner always had an adventurous spirit. From an early age he desired to sail the seas and explore the world. At the age of fourteen he enrolled in naval college. And in 1810, only two years later, his longing to sail came true when he volunteered to serve on Her Majesty’s Ship Morne Fortunee. This led to an impressive career in the British Royal Navy, where he eventually climbed the ranks to Commander in 1826. His military career afforded him the opportunity to travel the world extensively, as he always dreamed.

Raised by devout Christian parents, he drifted away from the faith during his adolescence. But while in the Navy, he was changed through witnessing men perish from the harshness of war. The certainty of death brought about a course correction. He secretly purchased a Bible and devoted himself to reading it whenever alone. Then in 1820, the reality of death once again played an instrumental role in his life, this time it was in a very personal way. Commander Gardiner received word about the death of his dear mother. Through His providence, God used this circumstance to bring Gardiner to faith. His life was never the same.

Shortly after his promotion to Commander, he left the Navy altogether. He no longer desired to sail for the Queen of England, but rather King Jesus. His time in the Navy exposed him to the great need for evangelism across the globe, especially among isolated people groups. Furthermore, the death of his first wife in 1834 provided yet another sobering reminder of the brevity of life. At her dying bedside, he told his wife he would seek out any opportunities for the introduction of the gospel among people groups who had never previously heard about Jesus. That commitment foreshadowed a portrait of the remainder of his life. The next few decades brought about ministry in Africa, New Zealand, and South America among unreached people groups.

The final chapter of his life began in September of 1850. Gardiner, along with six other men, set out from Liverpool for a small island in South America—Picton Island. Their mission was to tell the island’s inhabitants the good news of Jesus Christ. Upon reaching the island in December, however, their circumstances swiftly became bleak. Their boats were damaged; an anchor had been lost; and their only two dingeys were destroyed. There was no escaping the island until their resupply ship arrived, a visit which was not scheduled for another ten months. To make matters worse, the natives were incredibly hostile and stole the bulk of their food and supplies. And shortly after arriving, two of the men showed signs of scurvy. Various diseases subsequently seized each of the men. In the coming nine months, these seven men would all perish on Picton Island. Allen Francis Gardiner was the last to die on September 6, 1851.

The Faith of Allen Francis Gardiner

In the final months of his life, Gardiner frequently recorded updates, prayers, and praises in his journal. Reading these entries, it is evident he knew he was going to die on Picton Island. Yet in the face of death, his faith shined brighter. He possessed unwavering assurance in the power of the cross and the providence of God. At no point did he question God’s goodness. Away from his family and friends, and devoid of all earthly comforts, he enjoyed a sweet fellowship with the Savior he knew he would soon see.

I would like to share three of his journal entries with you. My hope in doing so is that they would be a means of encouragement and conviction as you too seek to faithfully follow our King. May his example of faith shape us all.

The first journal entry is from July 4, 1851. By this point some of his friends had already died, and each day their conditions on the island worsened. Nevertheless, his joy and faith remained steadfast.

“For more than seven weeks we have suffered from an oil shortage, and lately even this has been curtailed…In noting down our events and difficulties, I would not conclude without expressing my thanks to the God of all mercies for the grace which He has bestowed upon each of my suffering companions, who, with the utmost cheerfulness, endure all without a murmur, patiently waiting on the Lord's timing to deliver them, and ready, should it be His will, to languish and die here, knowing that whatever He shall appoint will be well. My prayer is that the Lord my God may be glorified in me, whether it be by life or by death, and that He will, should we fall, vouchsafe to raise up and send forth other laborers into this harvest, that His name may be magnified, and His kingdom enlarged, in the salvation of multitudes from among the inhabitants of this pagan land, who, by the instrumentality of His servants, may, under the divine blessing upon their labors, be translated from the power of darkness into the glorious liberty of the children of God."*

The second entry is from August 27, 1851. Less than two weeks away from his own death, Gardiner wrote these words to his only son, who in 1856 came to Picton Island to carry on his father’s work as a missionary to the Fuegian people.

“Lead a useful life, and, I will add, take the Word of God as your guide, and consult it diligently, with prayer for the Holy Spirit to open your understanding; for it is not the mere knowledge of its contents, however enlarged, critical, or clear, that will carry you safely through the snares and temptations of this evil world; but when it is received as the sincere milk of the word, by which our souls are daily nourished and strengthened, then and then only we grow thereby, and are prepared for the cares and trials of life, and are renewed in the inward man. Thus, we are enabled to adorn the doctrines we profess, and become gradually ready for that incorruptible and undefiled inheritance that fadeth not away, reserved for all those who live by faith in the Lord Jesus Christ.”*

The third entry is from September 5, 1851. This is the final entry in Gardiner’s journal. Frail from the effects of starvation, Gardiner’s faith remained certain. He would soon be with Jesus.

"Great and marvelous are the loving-kindnesses of my gracious God unto me. He has preserved me hitherto, and for four days, although without bodily food, I experience no feeling of thirst or hunger. "*

*I have reworded a few of Gardiner’s original sentences to make them more readable for the modern English speaker. 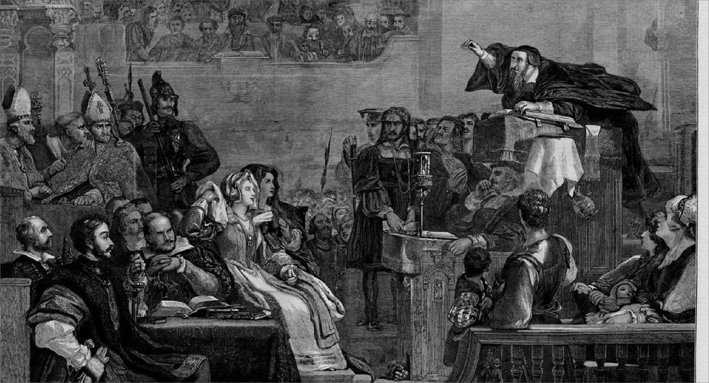