The Final Words of the Faithful

I want to take you not to the next few years of your ministry, but to the end of your
life. I want you to think about what your epitaph will say.

Second Timothy 4:6-8 contains the epitaph of God’s greatest servant among men; here we find Paul’s own assessment of his life. When he wrote it, he was on the brink of death – his trial had taken place, his sentence was death, and his execution was imminent. Paul knew his present imprisonment would be his last, and that he was on his way to martyrdom.

I suppose by human standards it wasn’t a good time for Paul to leave the world. I am sure that among many believers in the early church, there was a deep and profound love and affection for this apostle. After all, many Gentile believers were able to trace their spiritual lineage back to his ministry – they were indebted to him because he had introduced them to Christ as their Savior. Who could ever replace him? He was the last of the apostles, and there was no apostolic succession after him. Paul had first-hand experience with the risen Jesus on several occasions, the first being on the road to Damascus. There was nobody like him, and yet it was now time for him to go.

Paul’s departure took place at a seemingly inappropriate time for the church. For example, the church at Ephesus, where Timothy was pastoring, had fallen upon difficult times. Paul had started this church, and it had gotten to the point where people were deviating from the truth and abandoning the pursuit of holy things, and corrupt leaders were leading people astray. As a result, the church was erring in doctrine and conduct. That’s why Paul had left Timothy in charge – he hoped that Timothy would set things right. But the resistance from within the church and persecution from outside evidently had caused Timothy to waiver.

In the beginning of the letter that bears his epitaph, Paul wrote to Timothy, “I am mindful of the sincere faith within you” (2 Tim 1:5). That’s an interesting statement – it’s like writing a letter to someone and saying, “Dear friend, I know you’re a Christian, but…” Why else would Paul remind Timothy that the young disciple was in the faith, unless there were certain things happening that might call that into question?

I did what the Lord asked me to do, and that’s all I can do

Paul then went on to explain why he mentioned Timothy’s “sincere faith”: “For this reason I remind you to kindle afresh the gift of God, which is in you” (1:6). He was saying, “Timothy, you have a gift for preaching and ministry, which was affirmed by the elders of the church. Stir it up.” Paul was rightly concerned because Timothy had evidently faltered in the use of his gifts. Because of pressure from the inside and persecution from the outside, he was beginning to collapse. That’s why, in the next verse, Paul gave this exhortation: “God has not given us a spirit of timidity” (1:7). When Paul spoke of Timothy’s “timidity,” he was referring to
cowardice. This was very serious – not only because Paul, the last of the apostles, was on the verge of leaving, but because Paul’s replacement, Timothy, was waning. It had gotten to the point Paul found it necessary to say, “Don’t be a coward. Keep doing what you’ve been gifted to do.” In verse 8 Paul added, “Don’t be ashamed of the testimony of our Lord.”

A few verses later Paul urged, “Retain the standard of sound words. Guard, through the Holy Spirit who dwells in us, the treasure which has been entrusted to you” (1:13-14). When you’re under persecution from outsiders and resistance from within the church, you’ll find yourself tempted to change your doctrine and compromise so that you can ease up some of the pressure on you. But Paul told Timothy to combat that temptation and guard what had been entrusted to him.

We get a sense for how dire that situation might have been when Paul added, “You are aware of the fact that all who are in Asia [have] turned away from me” (1:15).

The implication is, “Timothy, are you also going to turn away?”

This is strong language from Paul. It reveals the condition of Timothy’s heart and the health of the Ephesian church. Paul had given Timothy the responsibility of leading in Ephesus and being an example to the other churches. Yet Timothy was drifting toward weakness. That’s why in 2 Timothy 2:1 Paul wrote, “You therefore, my son, be strong in the grace that is in Christ Jesus.” In the verses that follow he urged, “Be a soldier,” “Be an athlete,” “Be a hardworking farmer,” “Be a diligent workman,” “Be a vessel for honor and flee youthful lusts,” and “Be a slave of the Lord.”

Paul commanded Timothy to not give in, fail, or compromise.

In the next chapter, Paul wrote, “Continue in the things you have learned” (3:14). Contextually, it is important to remember that in 2 Timothy 3:16 Paul reminded Timothy that all Scripture was inspired by God and was profitable for every good work. Then in 4:2 Paul exhorted this young man to “preach the word.” This entire epistle of 2 Timothy was an attempt by the apostle Paul, under the inspiration of the Holy Spirit, to infuse strength into a weakened Timothy.

You can see, then, that from a human perspective, this was not the optimal time for the apostle Paul to depart. Yet Paul went on to express a quiet confidence as he prepared to step aside and let Timothy succeed him. After boldly confronting Timothy, Paul then exhibited an attitude of triumphant victory as he summed up his life with these words: “I have fought the good fight, I have finished the course, I have kept the faith” (4:7). In essence, Paul was saying, “I am ready to go.”

You can’t control the next generation, and you can’t determine what will happen after you’re gone. As it turned out, Paul’s concern about the church at Ephesus proved to be legitimate. By the time the book of Revelation was written, we learn that this church had left its first love. This prompted Jesus to say, “I am coming to you and will remove your lampstand out of its place – unless you repent” (Rev. 2:5).

Even when Paul had plenty of reason for concern, he faced death triumphantly. He was able to look back over his life and say, “I did what the Lord asked me to do, and that’s all I can do. I can’t guarantee the future; I can’t guarantee the successor. I can only do what I was given to do.”

Taken from The Shepherd as Preacher. Copyright © 2015 by Grace Community Church.
Published by Harvest House Publishers. Used by permission.

John MacArthur is the Chancellor and professor of pastoral ministry at The Master's University and Seminary. He is also the pastor-teacher of Grace Community Church, author, conference speaker, and featured teacher with Grace to You. 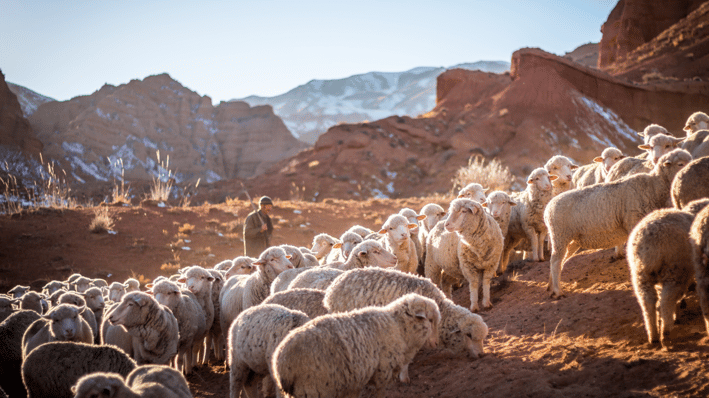