But there is a short passage in Acts that provides a biblical precedent for seminary education in a particularly insightful way. These verses, which at first glance may not seem overly significant, show the apostle Paul starting a theological training school in the city of Ephesus. As one commentator explains: “In Ephesus, Paul opened a school of theology to train future leaders for the developing church in the province of Asia” (Simon J. Kistemaker, Acts, NTC, 684).

It's unlikely that Paul called it Ephesus Theological Seminary, but in essence, that is exactly what it was.

The setting was Paul’s third missionary journey (A.D. 52/53–56). After leaving Antioch and traveling through the churches of southern Galatia, Paul made his way to the city of Ephesus. There he encountered a dozen or so disciples of John the Baptist and introduced them to the Lord Jesus Christ, the one to whom John pointed (Acts 19:1–7). Picking up the narrative at that point, Luke writes:

And he entered the synagogue and continued speaking out boldly for three months, reasoning and persuading them about the kingdom of God. But when some were becoming hardened and disobedient, speaking evil of the Way before the people, he withdrew from them and took away the disciples, reasoning daily in the school of Tyrannus. This took place for two years, so that all who lived in Asia heard the word of the Lord, both Jews and Greeks. - Acts 19:8–10

As Luke explains in verses 9–10, Paul met with a group of believers in a school every day for two years, reasoning with them about theology. That, in its essence, is the basic paradigm of seminary education.

From this short passage, three features of the first seminary might be derived. And while we must be careful to avoid twisting a narrative text from Acts into a normative prescription for the contemporary church, these features nonetheless provide helpful parallels for those engaged in seminary education today (whether as students or as teachers).

The Imperative: A Courageous Commitment to the Gospel | vv. 8–9a

Acts 19:8 describes the content of Paul’s message—a message he no doubt continued to deliver after he left the synagogue and engaged the disciples in theological education. A study of verse 8 demonstrates that Paul’s message was continuous (“continued”), courageous (“boldly”), careful (“reasoning”), full of conviction (“persuading”), and Christ-centered (“about the kingdom of God”). In keeping with His God-given mandate to preach the gospel, Paul faithfully discharged the truth of salvation in the synagogue in Ephesus for a period of three months.

As inevitably happens to those who are faithful to biblical truth, Paul was met with hostility. His message proved controversial (v. 9), not because the apostle was pugnacious, but because the Word of God is always polarizing. Commenting on this verse, Donald Grey Barnhouse explained:

Notice the reaction Paul received to his preaching. It is always the same; some respond favorably, but the vast majority are hardened and disobedient in their outlook. Paul wrote about this in 1 Corinthians 2:14: “the natural man does not receive the things of the Spirit of God; for they are foolishness to him; neither can he know them, because they must be spiritually discerned.” This is always the response any preacher of the Word receives. This is the response any Christian receives to his faithful witness to the truth of God. (Acts, 176)

Paul’s unwavering commitment to the truth, in the face of hostility, sets a bold precedent for those in ministry today (whether in a church or a seminary). Far too many Christian institutions are quick to soften the message for the sake of popular appeal. But the God-given imperative of any pastor or seminary professor is to champion the truth, no matter how foolish or unwelcome it may seem to the society around us.

The Investment: A Concerted Concentration on Training | vv. 9b–10a

Unable to continue teaching in the synagogue, Paul withdrew and began meeting with the disciples in a nearby school (probably a lecture hall used by a local philosopher named Tyrannus). Everett F. Harrison sheds more light on the situation:

Paul’s new location was “the school of Tyrannus.” The Greek word is scholē, which denotes first of all leisure; then discussion, or lecture (a favorite way to employ leisure among the Greeks); then a group attending such lectures; and finally, the place in which such instruction was given. An illuminating addition in the Western text [Codex Bezae] at this point states that Paul’s daily activity in this place went on from the fifth to the tenth hour, i.e., from 11:00 A.M. to 4:00 P.M. This was siesta time for the inhabitants. It has been conjectured that Paul was able to rent the hall at a nominal figure because it was not used at this time of day. (Acts, 291)

The fact that Paul met daily for a period of two years shows the level of personal investment that he was willing to make in the training of his fellow believers. If the Western text is correct, Paul’s theology classes met during the city’s normal naptime (suggesting that the reality of sleepy seminary students has a long history). The apostle gladly sacrificed his personal rest to instruct the disciples, likely through a form of dialogue teaching.

It is interesting to realize that if Paul met with the disciples for five hours a day, six days a week, his total time with them would have been approximately 3,000 hours over two years. That is roughly the equivalent of 200 units of seminary lecture.

It is also noteworthy that Paul supported himself financially during this time as a tentmaker. As F. F. Bruce explains:

So we may picture Paul spending the early morning at his manual labor (cf. 20:34; 1 Cor. 4:12), and then devoting the next five hours to the still more exhausting business of Christian dialectic. His hearers must have been infected with his keenness and energy. (The Acts of the Apostles, 408)

One final observation comes from “Tyrannus,” whom most commentators think was the lecturer from whom Paul rented (or was given use of) the lecture hall. Kistemaker notes the significance of his name, “We have no further knowledge of Tyrannus, whose name meant Tyrant. Probably this was a nickname given to him by his pupils” (Acts, 684). If that’s true, then the precedent of taskmaster-type professors also has a long history.

Again, Paul sets a compelling example for contemporary seminary instructors to consider. The apostle made real sacrifices to train up the next generation of Christian leadership. It is our privilege to do the same for those who are called to ministry to the glory of Christ.

The Impact: A Christ-Honoring Contribution to the World | v. 10b

Luke concludes this small section by commenting on the impact that resulted from Paul’s training school in Ephesus: “so that all who lived in Asia heard the word of the Lord, both Jews and Greeks.” Paul focused his attention on training, and the results were explosive. In fact, one commentator notes that “this venue, with its daily discussions over the course of two years, enabled Paul to have the most extensive influence so far recorded in Acts” (David Peterson, Acts, 536).

As a result of this training school, pastors were trained and churches were planted. Bruce describes its impact in these words:

Henceforth the province of Asia became one of the chief centers of Christianity. Probably all seven of the churches of Asia addressed in the Apocalypse were founded during those years, and others too. The planting of the churches of the Lycus valley, at Colossae, Hierapolis, and Laodicea, must be dated in this period: these cities were evangelized not by Paul personally but by his fellow workers. (The Acts of the Apostles, 409)

We assume that the students trained by Paul became pastors in developing congregations in western Asia Minor. . . . These disciples were instrumental in preaching Christ’s gospel, that is the word of the Lord, to both the Jews and the Greeks. (Acts, 685)

Paul’s two-year training school, by God’s grace, had an incredible impact for the advance of the gospel and the cause of Christ. As R. C. H. Lenski rightly points out:

Paul used Ephesus as a radiating center. While he remained in this metropolis and political center he reached out as far as possible by means of his assistants; how many he employed we cannot estimate. Congregation after congregation was formed. (Acts, 790)

Again, Paul’s example provides us with a compelling model to consider. If seminaries are faithful to their God-given imperative and faithful to the investment with which they have been entrusted, they can rejoice in watching God bless their work as He uses His Word to impact the world.

Nathan Busenitz is the Dean of Faculty and Associate Professor of Theology at The Master's Seminary. He is also one of the pastors of Cornerstone, a fellowship group at Grace Community Church. 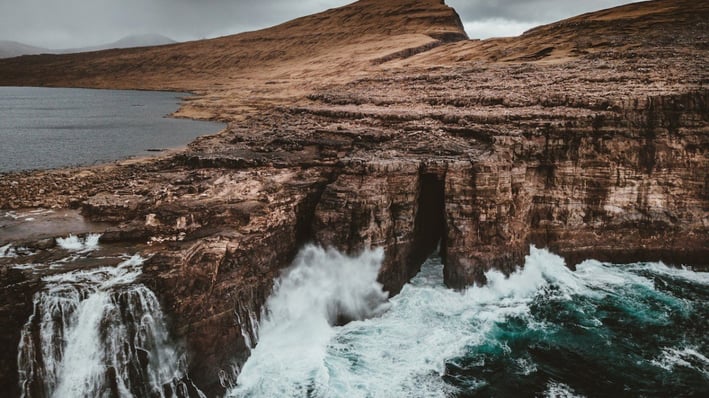