The "Vision" Behind the Great Commission

In Daniel 7, the prophet Daniel sees a disturbing vision of four animals coming out of the sea (Dan. 7:2–8). Each one represents a formidable nation that would rule over the world at some point in the near or distant future. But as intimidating as each nation was, the Ancient of Days at the end of time obliterates the final beast and strips each of the other animals of its dominion (7:9–12). The vision reaches its climax when all the kingdoms are finally handed over to Jesus, the Son of Man:

I kept looking in the night visions, and behold, with the clouds of heaven One like a Son of Man was coming, and He came up to the Ancient of Days and was presented before Him. And to Him was given dominion, glory and a kingdom, that all the peoples, nations and men of every language might serve Him. His dominion is an everlasting dominion which will not pass away; and His kingdom is one which will not be destroyed. (Dan. 7:13–14)

While this may not seem obvious at first, stay with me and you will see that this vision of Jesus in Daniel 7 serves as the backdrop of the Great Commission. What does Jesus conquering the world have to do with taking the gospel to the ends of the earth? The truth is, it has everything to do with it. And we can be sure this is the case, because the two most familiar New Testament passages about the Great Commission—Matthew 28 and Acts 1—share many unmistakable similarities with Daniel 7. For the sake of time, I will only be able to cover four similarities each Great Commission text shares with Daniel 7. But the final result will leave no doubt that Jesus’ victory at the end of time is the heart and soul of the Great Commission.

The clearest example of Daniel 7 in the Great Commission is found in Matthew 28:18, “All authority has been given to Me” (Matt. 28:18). This is almost a direct quotation of the first line of Daniel 7:14 (from the Septuagint), “And authority was given to him.” At this moment in Matthew’s Gospel, Jesus brings to the foreground what has been growing in the background of the narrative: He is the Son of Man from Daniel 7. He now possesses absolute authority and will one day exercise it over the world. Until then, the Great Commission celebrates His victory by both testifying and contributing to it.

The scope of the Great Commission explains how this works as Jesus commands His disciples in Matthew 28:19 to “make disciples of all the nations.” In the same way, the Son of Man compels “all the peoples, nations and men of every language” to worship Him (7:14). God has designed the Great Commission to reach every nation, tribe, and tongue, in order to simulate and contribute to the climactic moment when Jesus rules over all creation. In other words, the Great Commission not only rehearses this future time by taking the gospel to every nation, it also plays a part in it by helping to convert people from every nation into worshipers for that final day.

Before Jesus entrusted His disciples with the Great Commission, Matthew says that they worshiped Him, “When they saw Him, they worshiped Him” (Matt. 28:17, cf. 28:9). Daniel 7:14 describes a similar reaction from all of humanity before the Son of Man, “And to Him was given dominion, glory and a kingdom, that all the peoples, nations and men of every language might serve Him” (Dan. 7:14, cf. 7:27). The Aramaic word for “serve” in Daniel 7 means “veneration” or “respect.” Daniel 7 indicates that the whole world will one day worship the Son as He should be. The disciples in Matthew 28 give us a sneak peak of this future moment when they worship Jesus. They are rehearsing what all of creation will one day do. They are foreshadowing the chief end of the Great Commission.

A little earlier in the chapter, Matthew describes the angel who rolled back the tombstone with vivid imagery, “And his appearance was like lightning, and his clothing as white as snow” (28:3). Daniel illustrates the Ancient of Days in the same way. He too was wearing clothes that were “like white snow” (7:9). In addition, Daniel says in chapter 10 that the angel he encountered also had “the appearance of lightning” (Dan. 10:6). It is not a coincidence that one figure from Jesus’ resurrection bears a resemblance to two individuals from Daniel’s interconnected visions. Matthew portrays the angel at the tomb as an opening cue; he is meant to signal that what is about to take place (i.e., the Great Commission) is related to Daniel’s visions. The day Jesus takes back the world is just around the corner, and the Great Commission is going to play a crucial role in preparing the way.

Before Jesus ascended to heaven, the disciples asked Him, “Lord, is it at this time You are restoring the kingdom to Israel?” (Acts 1:6). Jesus replied, “It is not for you to know times or epochs which the Father has fixed by His own authority” (1:7). The combination of “times” and “epochs” as Jesus uses them in Acts 1 is a unique phrase found only in the book of Daniel. For example, when the mystery of Nebuchadnezzar’s dream was revealed to Daniel, He prayed to God, “It is He who changes the times and the epochs; He removes kings and establishes kings” (Dan. 2:21). What Nebuchadnezzar dreamed in Daniel 2 was a preview of the vision Daniel would have years later about the Son of Man in Daniel 7. Just as the stone shattered a statue representing the nations (Dan. 2), the Son of Man will strip the nations of their sovereignty (Dan. 7). Jesus tells His disciples that their job is not to decipher when the Son of Man will have His final victory (Acts 1:7), but rather to testify that it will happen (1:8).

Coming on a Cloud

What both Daniel and the disciples see is also the same: Jesus riding on a cloud. Daniel 7:13 says, “I kept looking in the night visions, and behold, with the clouds of heaven One like a Son of Man was coming.” Acts 1:9 echoes, “He was lifted up while they were looking on, and a cloud received Him out of their sight.” The angels explain two verses later, “This Jesus, who has been taken up from you into heaven, will come in just the same way as you have watched Him go into heaven” (1:11). In other words, Jesus is going to return on a cloud just like He was taken up in one. The angels draw attention to Daniel 7 to encourage and motivate the disciples to start the work of the Great Commission, as if to say, “Jesus will reign. So, go and tell the world about it!”

Why Does This Matter?

When all the evidence is considered, there is no question that Daniel’s prophecy about Jesus, the Son of Man, is the “vision” behind the Great Commission. But what difference does it make? What kind of impact should this have on Great Commission work? While more could be said, might I briefly suggest three ways it changes our understanding and application of the Great Commission?

It’s easy to make evangelism about winning the lost to Christ. As good and important as that is, it is not the ultimate reason or goal behind the Great Commission. Instead, the victory of Christ is the reason for the Great Commission and the glory of Christ is its goal. We long to see people come to know Christ. We hate to imagine what their eternity will be like without Him. But at the end of the day, Daniel 7 reminds us that we preach Christ, first and foremost because we love Him and want to see Him exalted, whether people come to saving faith or not.

It Increases Your Confidence

If Jesus wins at the end of history, there is no way to fail in the work of the Great Commission. When an unbeliever rejects the gospel, it is not a loss, because the gospel has not been rendered powerless. When it seems like an atheist wins the argument, it is not defeat, because Christ has not been defeated. If the gospel is proclaimed accurately and faithfully, it is victory. The church is not responsible to save souls; it is responsible to proclaim good news. The Great Commission looks less like an army fighting to advance in battle and more like a parade celebrating a victory that’s sure to come. The vision of Daniel 7 should fill you with confidence to get out into the world and let the gospel loose.

It Guards Against Dangerous Methodologies

One of the dangers that the “social justice gospel” poses to the Great Commission is that it assumes the church is responsible to change the world. Nothing could be further from the truth. The church is responsible to bear witness to the One who will change the world, not change it itself. Granted, through our witness, some people will change, and we praise God for it. But that is never the goal stated in Scripture; that is merely a byproduct. When the church switches its primary role as a witness to an activist, it robs Jesus of the glory He deserves when He finally returns to take back the world. If the church makes it its mission to change the world, it will always fail. What’s more, it will fail to be the church. When Matthew 28 and Acts 1 anchor the Great Commission in Daniel 7, it reminds us that Christ is the hero, not the church. Jesus will save the day, not us. We are just God’s ambassadors asking the world to join us in celebrating the future victory of His beloved Son. 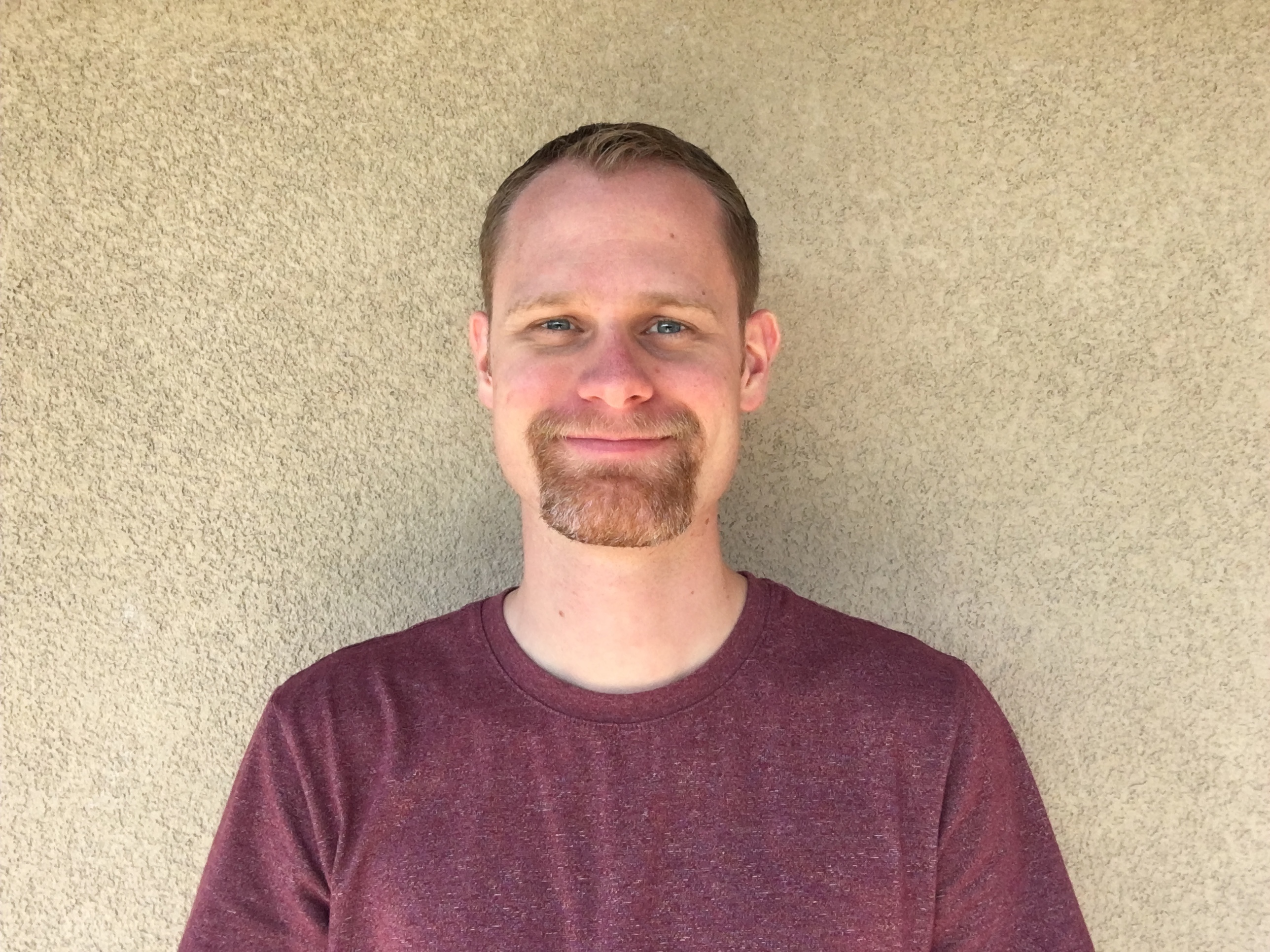 James Street is a graduate of The Master’s Seminary with a Master of Divinity and a Master of Theology in Old Testament. He is the creator of a whiteboard animation project called WordBoard designed to teach the Bible in a fun, simple way.