Tragedy, Hope, and the Shooting in Oregon

On Thursday, we were all shocked by the tragic news about the deadly shooting rampage at Umpqua Community College in Roseburg, Oregon. According to early reports, the gunman fatally shot nine victims and wounded seven others before he was also killed.

As I write this, investigators are still piecing together a motive for the shooting, as legislators begin to debate whether or not certain laws should be enacted to help prevent such violence in the future.

While the American public wrestles with how to process what happened, it is important for believers to think biblically about these tragic events. With that in mind, how can we as Christians respond in a way that demonstrates the compassion of our Lord while also exemplifying the hope we have in Him?

Here are five thoughts in answer to that question:

1. As believers, our hearts should break for those whose lives have been devastated by these violent actions.

The earthly ministry of Jesus was characterized by compassion for people. That tenderhearted care not only related to their spiritual needs (cf. Matt. 9:36; Luke 19:41–42) but also to their physical suffering and emotional grief (cf. Matt. 14:14; 15:32; 20:34). For example, when Jesus witnessed the pain experienced by a widow whose son had recently died, He responded with words of compassion and comfort (Luke 7:12–13). At the grave of Lazarus, the Lord’s tears caused the surrounding crowds to remark, “See how He loved him!” (John 11:35–36).

The followers of Jesus are likewise instructed to respond with compassion toward those who are hurting. Christians are to “weep with those who weep” (Rom. 12:15); to be “kindhearted” (1 Pet. 3:8); and to speak graciously toward others, including those outside of the church (Col. 4:4–5). We are to be characterized by the love of Christ (John 13:35) and the fruit of the Spirit (Gal. 5:22–23), indicating that kindness and sympathy ought to mark our response to tragedies like this.

As believers, we should extend not only our hearts but also our prayers, interceding for the families and friends of the victims and also praying that the civil authorities would have wisdom in the aftermath of this situation. Our prayers should be God-glorifying and gospel-focused, asking the Lord to do His saving work in the midst of the heartache and confusion. First Timothy 2:1–6 provides us with a helpful example in this regard. Notice the gospel-focused nature of Paul’s instruction in that passage:

First of all, then, I urge that entreaties and prayers, petitions and thanksgivings, be made on behalf of all men, for kings and all who are in authority, so that we may lead a tranquil and quiet life in all godliness and dignity. This is good and acceptable in the sight of God our Savior, who desires all men to be saved and to come to the knowledge of the truth. For there is one God, and one mediator also between God and men, the man Christ Jesus, who gave Himself as a ransom for all, the testimony given at the proper time.

2. We should commend the courage of those victims who boldly identified themselves as followers of Jesus Christ.

Early testimony indicates that the gunman demanded that students in the classroom stand up and identify whether or not they were Christians. To those who acknowledged that they were, the gunman reportedly said, “Good, because you’re a Christian, you’re going to see God in just about one second.” Then, he shot them.

The believers who were murdered in that classroom on Thursday, after courageously declaring their faith in Christ, died as for martyrs for their Lord. They were asked to testify of their commitment to Him; and in doing so, they gave their lives for His sake. The English word “martyr” transliterates a Greek word that means “witness.” These students died as witnesses to the truth of the Christian gospel; and we should pray that their witness will resound throughout that campus and around the world.

Their example should also steady the resolve of our hearts. Christians are those who not only live for Christ, but are also willing to die for Him (Rom. 14:7–8). We generally think of martyrdom as something either that happened a long time ago in church history, or that happens a long way away in other parts of the world. The events in yesterday’s shooting remind us that, at any time and in any place, we must be always ready to take a stand for the hope that is in us (1 Pet. 3:15).

3. This tragedy should remind us of sin’s destructive power in the midst of a fallen world.

In the last 24 hours, many have asked, “Why would this young man commit such a violent act?” While specific motivations are still being investigated, the Bible answers that question at the fundamental level by pointing to the destructive nature of sin. Human beings are capable of murder because they are sinners. In fact, one of the earliest sins recorded in the Bible is that of murder (Gen. 4:8).

Scripture teaches that the universe was originally created perfect (Gen. 1:31). But when Adam and Eve disobeyed God, their sin introduced evil, suffering, and death into the world (Gen. 3:7–19). It also permanently stained the moral fiber of the human race, not only for Adam and Eve but also for their descendants (Rom. 5:12). As a result, every person in the world today is a sinner (Rom. 3:23), such that every aspect of who they are is tainted by sin’s influence (Eph. 2:1–3). It is sin’s destructive effect on this world, both through men’s wicked actions and the curse on creation, that explains why there is so much suffering, pain, and tragedy in this life. Moreover, it is on account of sin that people will spend eternity in hell (Rom. 6:23).

The violent actions of the gunman in yesterday’s tragic shooting provide a vivid illustration of the destructive power of sin. The Bible teaches that sin’s destructive power is present in every unredeemed heart (Mark 7:21–22), even if it does not always manifest itself in murderous actions. Consequently, society’s ills cannot be ultimately fixed by legislation or external controls, because the real problem is on the inside.

I appreciate how Al Mohler responded to this issue when he discussed the Oregon shootings in his briefing on Friday, October 2:

In terms of the most pressing question in this case, the question of why?, it is a question that can only be framed in terms of good and evil, of right and wrong. And there will be no way around that short, three letter word that is so essential to the Christian worldview. That word is sin, to which the only remedy is the gospel of Jesus Christ. And once again we face the fact that without that one word, without the word sin, we are unable to make sense of the world around us. Not only when we read the headlines, but when we look in the mirror.

4. In times of shock and sorrow, we should look for opportunities to offer people the hope of the gospel.

It is at times like this, when current events remind everyone that our world is broken, that Christians must be ready to explain the hope that we have in Christ (Matt. 28:18–20; 1 Pet. 3:15). This hope, of course, centers on the glorious reality of the gospel—the good news of salvation that is extended to sinners through Christ.

Though we are all sinners who deserve hell, God graciously offers forgiveness and salvation through His Son Jesus Christ (John 3:16), who paid the penalty for sin by dying on the cross (1 Pet. 3:18). Three days later, Christ conquered death and rose from the grave, demonstrating that His sacrifice had fully satisfied God’s justice (Rom. 1:4). He then ascended into heaven (Acts 1:9–11) and sat down at the right hand of His Father (Heb. 10:12).

As the Savior of the world, Jesus offers forgiveness from sin and salvation to all those who place their faith in Him (John 6:37). The Bible makes it clear He is the only way to be made right with God (John 14:6). Salvation from sin comes by no other means. As Acts 4:12 explains, “Salvation is found in no one else, for there is no other name under heaven given to men by which we must be saved.” Jesus Christ alone is God’s solution for the destructive realities of sin and death.

For Christians, as those who know and love the Lord Jesus, it is our great privilege to offer the hope of the gospel to those in the world around us. Tragic events like yesterday's shooting often bring life’s ultimate questions to the fore. Believers ought to be quick to answer those questions by pointing to the good news of Jesus Christ.

5. Tragedies like this should remind us that life is short, and that true safety can only be found in Jesus Christ.

The shocking nature of this tragedy demonstrates, in a vivid way, that life can end suddenly and unexpectedly. That realization raises a question that is relevant to every person—namely, “Am I ready to die?” Only those who know the Lord Jesus Christ can genuinely answer that question in the affirmative. For they alone possess the hope of salvation and eternal life (1 John 2:25).

In writing this, I was reminded of comments made by John MacArthur on the day after the 9/11 terrorist attacks. Asked how people should handle the fear sparked by these kinds of violent tragedies, he said:

All I can say to you dear, dear friend is if you want to eliminate fear, then you have to know your future is secure. You have to know that God is caring for you and that you’re not going to die until it’s His time. And when you do, you are going immediately into His eternal presence where there is blessing forever more.

All I can say is, you better run to Christ who will forgive your sin and who will embrace you if you will embrace Him by faith as Lord and Savior, and He will grant to you eternal life. And then death for you is not an ending, it’s a beginning. It is not a disaster, it’s the greatest benediction that life can offer because it takes you into the glories of eternal life.

In the midst of this uncertain world, Christians have a hope that this world does not know (1 Thess. 4:13). That hope gives us security, peace, and boldness even in the face of tragedy and death. Our hope also compels us to reach out to the world around us, so that they too might come to know our Savior and experience the joy of His salvation (Matt. 11:28).

The War on Words

“But I tell you that every careless word that people speak, they shall give an accounting for it in the day of judgment.” Matthew 12:36 (LSB)

Our society is in the process of gutting its words. This is motivated by our culture’s proposition that.. 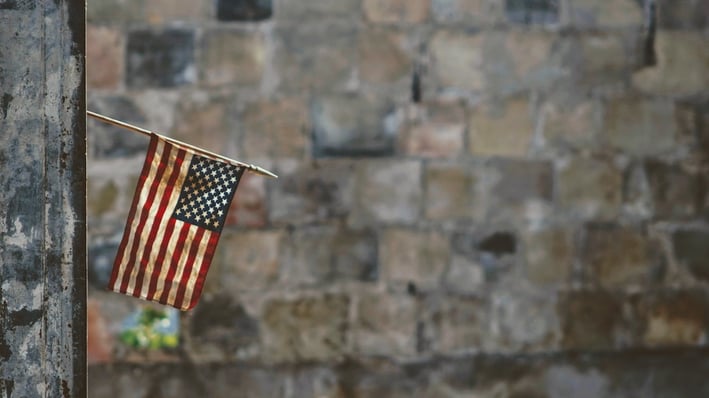 Ministering in Baltimore: One Month after the Riots

In April, many of us in Baltimore watched in disbelief as riots broke out in our city. The tragic death of a young man, while in police custody, was the spark that set a community on fire, literally. And everyone was looking for answers.