This stanza from Maltbie Babcock’s hymn This is My Father’s World has comforted many Christians since it was published in 1915. It has served as a needed reminder that though sin is real, it is ruled—ruled by a sovereign God who only allows evil to exist when it brings good to His people and glory to His name.

But is this stanza true? After all, horrible atrocities litter our world’s history. The carnage of interpersonal sin is strewn from city to city, and house to house. Injustices define many nations. Wickedness headlines every news outlet.

Sin hurts. It tears families apart, brings tears and pain, and causes havoc and chaos. As Babcock writes, sin is “oft so strong.” We know that part of the hymn is true because we’ve all experienced it firsthand. But is the next phrase true as well? “God is the ruler yet.”

The answer is Yes—and the way John concludes his 11th chapter proves this point.2

A Convened Council, not a Celebratory Supper

This ending of a joyous chapter about a brother Jesus brought back from the dead is unexpected; in the Hall of Hewn Stone, where the supreme court of Israel has gathered to finalize the most heinous evil act ever to be committed in all of world history—the execution of God’s perfect Son.

Nothing is more wicked: to condemn to death the Lord of life; to call for His crucifixion; and then watch Him hang from His execution stake with a haughty smugness— and yet, this is the conclusion to the miraculous story of Lazarus’ resurrection. We might find this conclusion unfitting, but God’s plan was specifically designed to occur this way, in this order.

Note the “therefore” that connects Lazarus’ resurrection in verses 43-44 to the animosity and evil that fills verses 47-53. “Therefore the chief priests and the Pharisees convened a council” (John 11:47, emphasis added).

The Sanhedrin convened an emergency meeting because Jesus had called Lazarus from the grave; because He had performed the climatic miracle of His ministry—sealing every sign He had offered Israel that He was their Messiah, proving beyond all doubt that He was the Son of God whom He claimed to be.3

Joy should have filled the chief priests’ hearts—their Messiah had arrived. And yet joy was nowhere to be found within this council. They were jealous, afraid they would soon lose their standing among the people and their place of prominence within the nation.

They knew the inevitable outcome if Jesus continued unheeded. “If we let Him go on like this, all men will believe in Him” (11:48). Jesus’ popularity would grow and their influence among the people would wane. And even worse, “the Romans will come and take away both our place and our nation” (11:48). The Pax Romana was at stake.4

An Evil Priest, Appointed by a Sovereign God

Something must be done- Jesus needs to die. That was Caiaphas’ conclusion—the man who had  been appointed by the Roman Prefect Valerius Gratus. This was how deep the Sanhedrin’s depravity ran. The high priest, meant to mediate man-to-God, had become a Manchurian Candidate committed to Rome’s bidding, a political puppet whose strings were pulled by Caesar’s hand.

And yet, what does Scripture assure us about every ruler—even evil, sinful rulers?

Daniel 2:21 – “It is [the God of heaven] who changes the times and the epochs; He removes kings and establishes kings.”

Daniel 4:17 – “The Most High is ruler over the realm of mankind, and bestows it on whom He wishes.”

Romans 13:1 – “For there is no authority except from God, and those which exist are established by God.”

From a human perspective, Gratus appointed this evil priest to his post. And yet, behind that prefect’s choice was the decree of a sovereign God.5 Why? Because Caiaphas would be the one to suggest the unthinkable and monstrous: the execution of God’s Son. In Caiaphas’ words, “It is expedient…that one man die for the people, and that the whole nation not perish” (John 11:50).

When Good is Evil and Evil is Good

Does this not sound like the politics of our day? Where leaders no longer fear God, where justice is deemed relative, and morals plied to fit one’s own ideology, where evil is deemed good and good is called evil (cf. Isaiah 5:20).

Whatever evil we are experiencing today, however corrupt we might think our world has become, it is nothing compared to the evil Caiaphas proposed. “Death to Jesus” was his motto. “Murder the Messiah” was his slogan.

The evil was dark within this Hall of Hewn Stone. Hardened hearts had convened. Jealous spirits had spoken. Seared consciences had calculated. And a foolish scheme6  had been offered by a wicked high priest. There was only one option for this court—Jesus must die.

Remember Babcock’s phrase, “God is the ruler yet.” This is why John adds his editorial note, “now [Caiaphas] did not say this on his own initiative” (John 11:51). Despite Caiaphas’ evil, God was at work; divinely intervening, using the high priest’s sin-laden heart for His own saving design, so that Christ would fulfill the very purpose of His coming and accomplish the greatest good for His people: His sacrificial death for sin.

As John Piper put it, “People lift their hand to rebel against the Most High only to find that their rebellion is unwitting service in the wonderful designs of God…The hardened disobedience of men’s hearts leads not to the frustration of God’s plans, but to their fruition.”7

John called Caiaphas’ evil plan a “prophecy” in verse 51. Not that John considered Caiaphas a true or a righteous prophet. No, Caiaphas was a Balaam-like prophet—one who, while trying to speak evil against God’s people, could only speak blessing upon them (cf. Numbers 22). One man would die for the people (11:50), but not the way Caiaphas intended.

Caiaphas thought Jesus’ death would douse any anti-Roman revolt that may have been stirred because of Jesus’ miraculous power. But God had bigger plans. Yes, Jesus would die, but not to stay Rome’s hand. He would die to extinguish God’s wrath. He would “die for the nation” (11:51, emphasis added), fulfilling that grand substitutionary promise found in Isaiah 53 (cf. Isaiah 53:5) and uniting Jew and Gentile into the family of God (John 14:52).

Caiaphas chose his evil, but God had already predestined its good. Using Caiaphas’ hardened heart, the Lord set in motion the fulfillment of His Abrahamic Covenant (Genesis 12:3). Using Caiaphas’ jealous spirit, the Lord would bring salvation to the Gentile shores (Isaiah 2:2; 49:6; 56:7-8). Using Caiaphas’ seared conscience, Christ would accomplish exactly what He promised in John 10, “lay down His life for the sheep” and gather sinners into “one flock with one shepherd” (10:11, 16). Proverbs 16:4 is true, “The Lord has made everything for its own purpose, even the wicked for the day of evil.”

And thus, the story ends where it must, with the religious leaders making Caiaphas’ wicked plan official. The very council that was supposed to uphold the law, sacrificed justice on the altar of political expediency and sentenced an innocent man to death because of their selfish ambition. “So from that day on they planned to kill Him” (11:53).

Unbeknownst to them, they were fulfilling exactly what God had determined from eternity past.

They were living out Proverbs 19:21, “Many plans are in man’s heart, but the counsel of the Lord will stand.”

The Underside of a Beautiful Tapestry

The hymnwriter was right, “though the wrong seems oft so strong, God is the ruler yet.” Sin is the necessary underside of the beautiful tapestry God is weaving. Like strings that have no rhyme or reason, thread that has no pattern or plan; when the expert weaver finally finishes His masterpiece and flips over His tapestry—all the chaos makes sense. And it is perfect, beautiful, and good.9

Yes, sin is real, but it is ruled—ruled by our good and caring God, who is weaving every injustice, wicked scheme, and sinful hurt into His designed masterpiece for His people.

Oh Christian, take heart and “rest patiently in the Lord. [Because] the very things that at one time seem likely to hurt [us], shall prove in the end to be for [our] gain.”10

2 This is the 9th and final part of a blog-series through John 11. For the other posts, see: The Master's Seminary Blog | Doctrine. Discourse. Doxology. | Patrick Slyman (tms.edu)

3 See my previous post, “A Theology of Rejection” which explains the purpose of Jesus’ miracles

4 “Their concern is a legitimate one validated by history…the Romans ultimately did take away their temple and nation, in A.D. 70.” Craig S. Keener, The Bible Background Commentary.

6 Caiaphas’ plan is an example of the foolishness of sin and blindness of the sinner. Jesus had just showed His power over death by raising Lazarus from the dead, and yet Caiaphas believed he had the power to kill the Lord of life (cf. Romans 1:28).

8 The Westminster Shorter Catechism describes God’s sovereign decree in question #7: Question #7: What are the decrees of God? Answer: The decrees of God are his eternal purpose according to the counsel of his will, whereby, for his own glory, he hath foreordained whatsoever comes to pass. 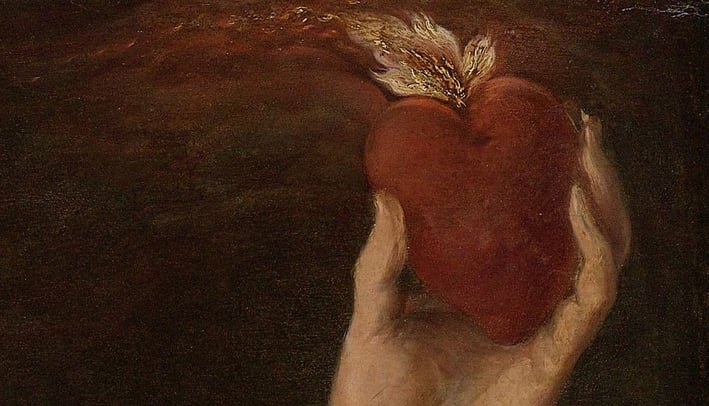