Turbulent times call for bold Christians. In days like these the church of God needs people who, like the men of Issachar, understand the times and are willing to confidently speak the truth (1 Chron. 12:32). Unfortunately, it’s easy to go wrong with the call to discernment.

The Christian corners of the internet are filled with discernment warriors, searching (often with detectible traces of giddiness) for the next false teacher or “Big Eva” sell-out. In the name of routing out falsehood, these self-appointed lions of truth turn their fangs on struggling and confused brothers and sisters in the faith, dragging them before the social media pack as outsiders to be devoured. Somewhere in this fight, the healthy practice of discernment has morphed into something more like malevolence.
But there is a ditch on the other side of the road as well. Many in the modern church disregard discernment altogether. For them, Jude’s appeal to “earnestly contend for the faith” falls on deaf ears (Jude 1:3). Worse even than ignoring this command, some professing Christians write off the practice of discernment as inherently uncharitable and judgmental.

But when it comes to discernment, we must take care not to fall into either of these errors. True discernment from the church, now more than ever, is sorely needed—the kind of truth-speaking that is done with boldness and with tears and pleading.

Truth is to be the message of all believers (Eph. 4:15). Should we be surprised then that the enemy's main tactic is deception (Rev. 12:9)? Believers are in a war over truth, that much is clear. Consequently, believers must exercise discernment, but in a way that "adorn[s] the doctrine of God our savior in every respect" (Titus 2:10).

We must wield discernment like a surgeon’s scalpel. We are called to speak the truth, yes. But we are called to speak the truth in love (Eph. 4:15). That does not mean speaking less truth. But it should be a heart check for us in how we speak the truth. How sad it would be if, in our attempts to be discerning, that ever-clever Devil twisted our love for truth into a love of gossip and contempt for others. What if he succeeded in tempting us to err in our walk even as we were seeking to reject error in our doctrine?

If we are to practice discernment in love, we must discern with precision, humility, and sorrow—not to temper the truth, but rather that we might bolster the truth with our love that we might more honor Christ and persuade the erring.

Discerning in love means discerning with precision. Charles Spurgeon said, “Discernment is not a matter of simply telling the difference between right and wrong; rather it is telling the difference between right and almost right.” And John Murray said, “The difference between truth and error is not a chasm but a razor’s edge.” They are right. As you read through the New Testament epistles, you often find the writers addressing what appear to be incredibly fine points of doctrinal disagreement.
So, when it comes to doctrinal issues, we must wield discernment like a surgeon’s scalpel, carefully incising into a teaching to separate the bad tissue of error from the healthy tissue of truth. But we must be precise in how we go about exercising discernment. We are not only dissecting the false teaching, we are also trying to persuade our brothers and sisters to turn away from it. Yet many self-described watchmen treat discernment less like a scalpel and more like a broadsword, wildly mowing down believers by the herd with every careless tweet.

Precision in how we apply discernment means marking that distinction between deceived and deceiver, and treating them accordingly. There’s a difference between a false teacher, and someone who has been deceived by false teaching. Your mother-in-law shouldn't be burned at the stake for listening to a health and wealth preacher. She needs someone to take the time to make a loving, patient, prayerful exposition of Scripture to show her why it is unbiblical. Precision recognizes that your buddy with bad theology is blessedly inconsistent. He’s not necessarily a heretic, he’s just an immature believer in need of doctrinal correction. Just observe the difference in how our Lord dealt with the Pharisees versus the others He came across.

Jesus had a whip for false teachers, but he wept for the deceived

When we discern with precision, we don’t give credence to those who would dismiss us as wide-eyed zealots who have a bone to pick with everyone. Instead, we are to be above reproach in our conduct that we might behave more like genuinely concerned Christians who have a love for truth and desire to see others know and obey God. But this is not as easy at it sounds, because it takes humility.

Among those who display an unhealthy relationship with discernment, there seems to be a proclivity towards a very specific sin—pride.

Some romanticize the image of being watchmen on the wall, gate-keepers of truth, or the lone voice in the wilderness. They love to regale us with tales of how they confronted so-and-so on the internet. They seem more interested in being perceived as having won the argument than seeing others come to a saving knowledge of the truth. To them, the deceived are morons who just need to read their Bibles. This is an unmistakable arrogance.

When we encounter a deceived person,
we must ever remember “there but for the grace of God go I”

A humble discerner does not gloat. He is not quarrelsome (1 Tim. 3:3). He doesn’t have an unhealthy craving for controversy (1 Tim. 6:4). The humble discerner recognizes that it is the Holy Spirit who opens the eyes of the heart to the truth and his job, therefore, is to patiently and lovingly correct error. Sometimes those rebukes are sharp (Titus 1:13), but they are never prideful or unloving.

Practicing precision and humility in our discernment is the natural outflow of our love for others. But there is one more attitude that we should attend to as we practice discernment with love. Instead of beating our chests in triumph when we win an argument, we should be beating our breasts in sorrow that eternal souls are being deceived.

I hope by now the point is clear—practicing discernment is not unloving, as some would claim, but you can be unloving in how you practice discernment. There should be a profound sorrow when we see error in the church. It is natural for us to feel a sense of righteous anger, even personal indignation at the dissemination of error about our Lord (Ps. 69:9).

It’s a grievous thing to see the name of our Lord maligned and to see His people tricked by wolves in sheep's clothing.

This is another good heart check as we practice discernment. Do you only feel anger or are you moved to sorrow as well? Do you care about the people being misled enough that it causes you to weep and pray? That sorrow and care, if real, will be evident to those whom you try to persuade away from error. Genuine concern for the truth and for the deceived will result in discernment practiced with sorrow.

By God’s help may we not retreat from the fight for truth. May we be all the more invigorated by a love for our Lord, His truth, and His people. And may this commitment be evident to all as we discern with precision, humility, and sorrow.

[Editor's Note: This article was originally published in May 2018 and has been updated.] 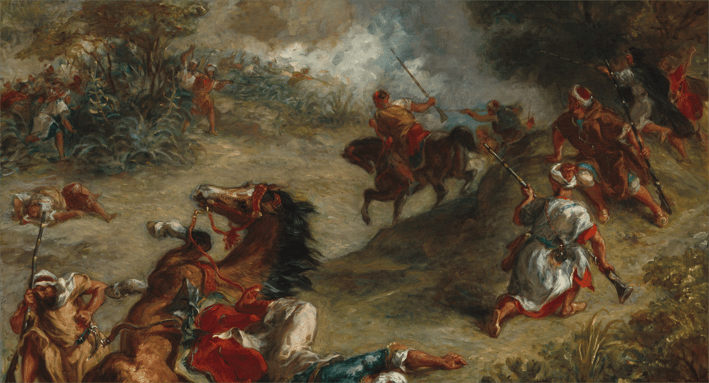