Enslaved: A Theology of Addiction

You’re not going to find the word addiction in your Bible. The word comes from a Latin term which means a hopeless dependence. But what does the Bible say about the issue of addiction?

But that’s just not true.

Paul writes to the Corinthians, "Do not be deceived, neither fornicators, nor idolaters, nor adulterers, nor effeminate, nor homosexuals, nor thieves, nor the covetous, nor drunkards, nor revilers, nor swindlers will inherit the kingdom of God." And then he writes, "Such were some of you" (1 Cor. 6:9-11).

Were—past tense. In other words, Alcoholics Anonymous sells a lie. They sell that you can never ultimately change. But God says you can.

“Such were some of you, but you were washed, you were sanctified, you were justified in the name of the Lord Jesus Christ and the Spirit of our God” (1 Cor. 6:11).

So, how are we to think about this biblically in a world of confusion?

The first thing we must do is understand man.

One thing we know from Scripture is, by nature, man is dependent. God created him this way. Even from the beginning, Adam and Eve were created to be dependent upon food, water, and everything around them.

But man ultimately was created to be dependent upon God. Even in heaven, we will be entirely dependent upon God, but there it will be a welcomed dependence. For now, man rebels against it. You can feel it in your flesh; your flesh craves to be autonomous of His sovereignty.

When a slave dies, he's finally liberated from the master.
In order to be free from addiction, the substance abuser must die to himself

Man was created to live dependently on God in order to find life and blessing. But as a result of the fall, man aches for autonomy. He doesn't want to be dependent upon anything. Essentially, man desires to be God. Man chases autonomy like a dog his tail—round and round and round. Self-improvement seminars, counseling, life coaches—they all say the same tired things: "You make your own life; you determine yourself; you self-identify; you do whatever you want to do. It's all up to you.”

But that’s just not true.

Man strives for autonomy and self-sufficiency, and he finds this to be an impossible aim. Man remains a dependent creature in spite of his sin. So where does this leave him? In rejecting God, he turns to other things in his dependence. These things become the idols he morning and night worships.

Every avowed atheist has idols. Why? Because every human heart was created to worship.  Man has to worship something, whether that be himself or his materialistic lifestyle. He takes whatever it is he thinks most important and begins to worship it as god. His dependence then turns to these things. The idol he trusts and treasures then gradually entangles him. This is what the world terms addiction.

Let me define enslavement, and then explain it.

So what is enslavement? Enslavement is an idol relationship with a mood changing experience.

Most people who are alcoholics today didn’t like alcohol the first time they tried it. They only persisted in this habit because of what the world so fondly calls peer pressure, or what the Bible defines so precisely as fear of man. In other words, I’m afraid of what people would say to me or about me if I didn’t, so I surrender.

But eventually, after drinking for a while, they realize alcohol makes the stresses and difficulties of life slip away, even if only for a moment. Whether it’s depressants or stimulants, people eventually grow to depend upon this drug-induced escape from reality. And then they become enslaved.

But look to the person of Christ, who in His moment of greatest agony was offered wine in order to blunt the pain of crucifixion. Jesus refused it so that not only spiritually did He absorb all of our sins upon Himself, but He experienced the excruciating experience of the cross with none of His senses obscured.

But many believe that constant pleasant sensations are a natural right of man. This is my right; I should always feel good. And then eventually, you become enslaved to that sensation, and you become a slave.

Anything that is even potentially pleasurable can become an addictive substance. John Calvin wrote, "The human heart is a constant idol factory." Desires that grow to be more important than being a man or woman of God become idols of the heart. Any substance that causes desirable brain endorphins has the potential to become enslaving. It doesn't have to be a chemical; it can be an experience. This is why we have sex addiction. The person becomes enslaved to sensations simply to alter his mood.

The ultimate source of the addiction is not the substance, but the person.

The ultimate source of bondage is not the substance, it’s the person. It wells-up from the inner man, from what that person trusts and believes, from the very motivations of his heart. That's where enslavement is born.

In the United States, statistics demonstrate that more alcoholics stop drinking on their own than through spiritual, special therapy groups. That is a serious statement.

How is that possible?

If a person was hopelessly addicted to that substance, how could they just quit? Because in their heart, they found a deeper motivation than feelings. They realized this bondage was destroying their marriage or relationship with their children. Whatever that motivation may be is now the final push that causes them to say "no" to the desires. If the natural man can do that in personal willpower, then the Christian who has the abiding power of the Holy Spirit has no excuse. But the believer’s deeper motivation must not simply be to the marriage or children, but to more effectively serve and glorify Christ.

People have more control than they are willing to admit.

While you may be able to control and deafen the desire for a substance or experience, you can never turn off the heart. This is why people have gone through support groups and gotten off of drugs and substances, but many just substitute that for a more socially acceptable enslavement. Many former alcoholics, for example, become workaholics. The heart hasn’t changed. They simply trade one idol for another. But God wants to transform the heart.

The person's life then centers around the worship of that experience.

God created men as worshippers, and any worship that is not of the true God of Heaven is idolatrous worship.

To worship the gods of chemical or substance abuse, the person must be willing to sacrifice to them. Everyone and everything is sacrificed on the altar of this addiction. God is then robbed of His rightful worship and becomes a distant second.

An idol can make us slaves.

Paul writes to the Roman believers, "Do you not know that when you present yourselves to someone as slaves for obedience, you are slaves of the one whom you obey, either of sin resulting in death, or of obedience resulting in righteousness?" (Rom 6:16)

Everyone must heed the voice of his master. This can be the physical voice of a master, and if disobeyed, consequences follow. Or it can be the internal voice that says, "Have another drink. You have to." If disobeyed, there too await consequences—withdrawals.

Substance abuse makes us subservient, so that when the impulses of the body demand fulfillment, they must, at any cost, be obeyed. That's how slavery works—a life is sold in unconditional obedience to another. We hear the internal voice of the master shouting, "Serve me. Indulge me." In order to be freed, truly liberated, a death has to occur. When a slave dies, he's finally liberated from the master. In order to be free from addiction, the substance abuser must die to himself.

Jesus Himself says this, "If anyone wishes to come after Me, he must deny himself and take up his cross daily and follow Me" (Luke 9:23). To deny yourself is much more than giving up bubblegum for Lent. To deny self is to truly deny self.

How often are we to do this?

Jesus says daily. And then He says to nail self to the cross. In the first century, the cross was an excruciating instrument of pain. This was never anticipated to be an easy process.

Jesus is saying you have to nail self to the cross every day, and then come and follow Him. The Christian abuser must present himself as a slave to righteousness. No longer a slave to the weakness of his flesh, but a slave to righteousness. We'll all be slaves to something, so we might as well serve the gracious God of Heaven, instead of the merciless god of the substances of this age, who will do nothing but destroy our relationships and lives.

But thanks be to God that though you were slaves of sin, you became obedient from the heart to that form of teaching to which you were committed, and having been freed from sin, you became slaves of righteousness. I am speaking in human terms because of the weakness of your flesh. For just as you presented your members as slaves to impurity and to lawlessness, resulting in further lawlessness, so now present your members as slaves to righteousness, resulting in sanctification. For when you were slaves of sin, you were free in regards to righteousness. Therefore, what benefit were you then deriving from the things of which you are now ashamed? For the outcome of those things is death. But now having been freed from sin and enslaved to God, you derive your benefit, resulting in sanctification, and the outcome, eternal life? For the wages of sin is death, but the free gift of God is eternal life in Christ Jesus our Lord (Rom. 6:17-23). 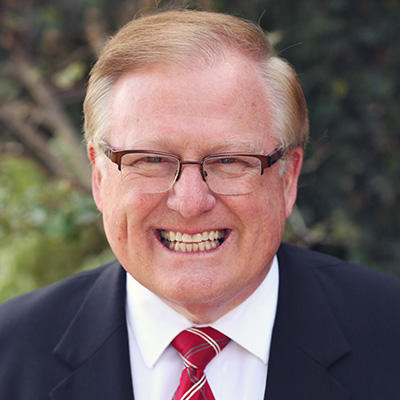 John is a professor of biblical counseling at The Master’s University and Seminary, and he serves as the chairman of the Masters of Arts in Biblical Counseling program. He is also an elder at Grace Church and serves as co-pastor of the Joint Heirs fellowship group. 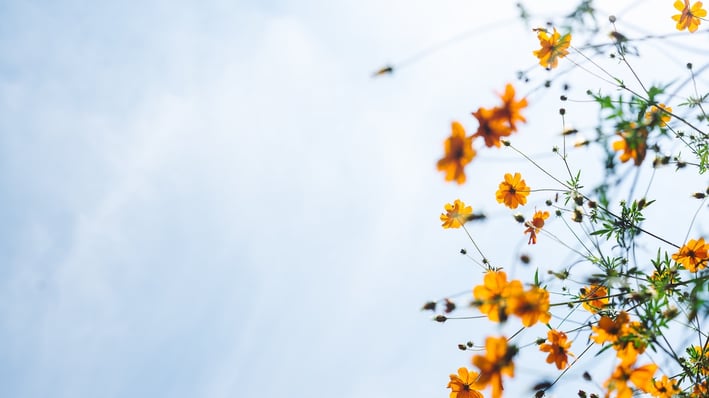 Philemon. It’s one of the shortest books in the Bible, a brief epistle that makes up what it lacks in word count with a dynamic message on forgiveness, fellowship, and unity in the church. Since it was first penned by the apostle Paul, this powerful..