How to Get Our Sanctification Unstuck

Work on the Washington Monument officially stopped in 1854 when the project ran out of cash. For the next 23 years, the giant marble stub stood unfinished until Congress—knowing that a half-finished monument doesn’t bestow any honor whatsoever—finally got around to raising the rest of the funds required to finish it.

By that time, the original quarry contracted for the work was empty, and a new source of material had to be found. To this day, the Washington Monument stands in the National Mall with two distinct colors, marking the exact height where for decades the project sat unfinished.

Oftentimes, our Christian walk can feel sadly similar. We look at the lack of progress in our “progressive sanctification” and feel as though we’re simply stuck—our lives standing as half-finished monuments to the saving grace of God who began a good work within us, but seeming so far from completion. When we survey our spiritual walk and realize that we’re not making the kind of progress we so earnestly desire, how do we get things moving again?

The answer to this question can be found in 2 Peter 1. The author is a man who knew a thing or two about not growing as fast as he’d like. Just ask the rooster.

Peter was the living embodiment of Philippians 1:6, that “He who began a good work in you will perfect it until the day of Christ Jesus.” He was well-qualified to speak to this question and definitively answer it for us.

The power of Christ that was so evident in His calming of the storm, the feeding of the 5,000, the raising of the dead, and the tearing of the veil—that is the power that is now being funneled down towards the end of your sanctification.

In 2 Peter 1:2-10, Peter gives two halves of an equation for sanctification. Spiritual growth equals the work of God plus the work of the disciple. The apostle smashes those two halves together without much explanation. As Peter understood, the proper order of operations requires that the second half (human effort) be entirely dependent upon the first half (the work of God). In our limited understanding, we tend to focus exclusively on the second half (found in 2 Peter 1:5-10) where we’re commanded to go about actively “supplying” certain efforts, while often forgetting the foundational importance of the first half.

When it comes to sanctification, it is not possible to just pull yourself up by your bootstraps.

While your effort is surely necessary, and is commanded in dozens of places in the New Testament, those efforts must necessarily fail if conducted apart from a total dependence upon the work of the Lord within us. The necessary work of sanctification can only be undertaken with a full dependence upon the power of God that is at work within us. And that is where the journey must begin.

Power is ultimately what we're all after in sanctification. In verse two, Peter says that it’s possible for grace, peace, and knowledge to be multiplied to the believer. The word he uses for this multiplication refers to the exponential growth of an investment account. Every believer knows from experience that we have no power to accomplish this increase for ourselves. So where does the power come from?

This clearly isn’t a weak human power to sometimes make a right choice. It’s an infinite, gushing fountainhead that serves as a constant, throbbing source undergirding not only your effort, but your progress as well. His power now becomes your power. It is a power that was given as a gift when he “granted” it and unilaterally “called” us to Himself, thereby guaranteeing its abundant
availability. As Peter explains, this gift was brought to us by His own glory and excellence when He exercised His power on our behalf.

There is a profound implication that comes from the linking of these concepts. Because the exercise of His power in our growth is linked to His glorious and excellent person, it cannot possibly fail. When God stops being glorious, you’ll be allowed to say that you have no spiritual power. When He ceases to be holy, you’ll be justified in claiming that you can no longer grow. But as long as He is either of those things, and He must always be, the spiritual wind in your sails blows in one never-ending gust, providing you with everything you need for life and godliness.

As Peter goes on to explain, it was this power that generated an incredible provision that enables our growth on a daily basis. Boiled down, he has provided nothing less than everything. What is that everything? As Peter explains, it’s an awareness of the true knowledge of Christ. The source of God's power for life and godliness is made available to us through the knowledge
of Christ. The word for knowledge that Peter uses is not just, "I know something about it." It's a word that means a full, deep, thorough, and complete awareness of something.

The implication is that the more clearly you see Jesus, the greater power you will have in your spiritual life. This connection between knowledge of Christ and progress in sanctification is verified by I John 3:2 where we’re told that our sanctification will only be perfected when our vision of Christ is likewise perfected. Therefore, if you're not progressing today, it means that you’re not seeing Christ clearly.

He is the everything we need. Therefore, when you feel stuck, recognize that the provision of God’s power is not future tense. He’s not going to provide for you at some point down the road. It’s not as though God might or could provide. Rather, it’s in the past tense. He already has provided the full revelation of the person of Christ, and you’re holding that provision in your hands.

If the power of God provided us with the necessary knowledge of Christ in order to grow, then it was the nature of God (His glory and excellence) which brings us the promises that motivate this growth. The power of God, granted as a gift, rooted in His nature, has now bestowed upon us a truckload of promises that enable our walk today. Those promises (v. 4) are described as being precious and very great. The words used by Peter refer to things that are exceedingly rare (precious) and large or loud (great). We find here that the promises of God are to be treasured as rare jewels. Their volume is to be cranked up to “great” levels so that we are constantly aware of them, thereby being motivated by them.

Imagine the horror of a world in which you knew the truth of God but were not enabled to move towards Him. Instead, He’s given you a truckload of promises that all motivate you to move! Why is this so important? For it is “by them” – these promises – that we become partakers of the divine nature and escape the corruption that is in the world. When you feel stuck, remember that God has not only brought to you the knowledge of Jesus Christ, thereby providing everything you need for life and godliness, but He’s also handed you an arsenal of promises that are of infinite value in sustaining you for your daily struggle.

The Relationship Between Doing and Knowing

As Peter instructs us, you cannot hope to begin the doing of sanctification until you’ve first grasped the knowing. The foundation for your growth is not your own effort. It’s only through your dependence on God’s working in your life (His power, provision, and promises) that you can effectively turn your attention to the doing. It’s only after we’ve grasped these great truths about what God does in our growth that we can begin to turn and look at our part. 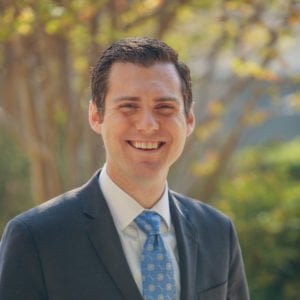 Rich Gregory is the Pastor-Teacher of New Community Church in Wildwood, MO. He studied at The Master's Seminary as serving as the Senior Vice President of Administration until 2020. 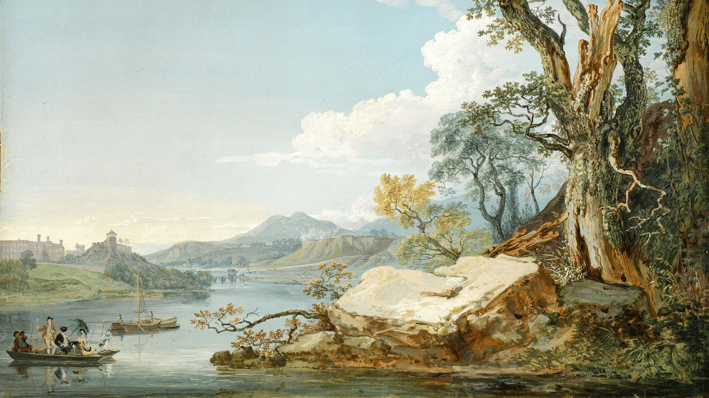 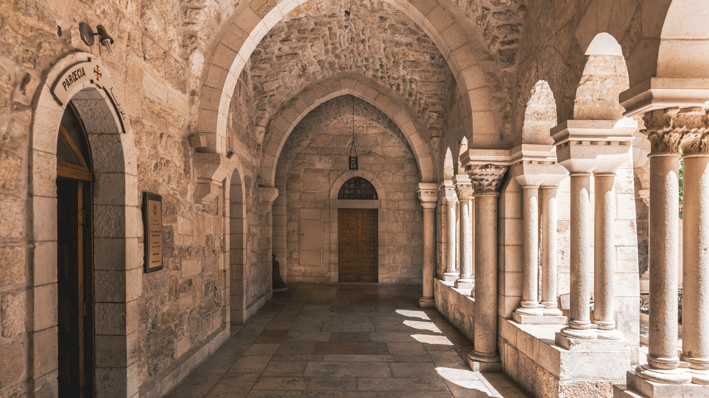