From the “Hall of Faith” of Hebrews 11, to those we desire to emulate in our era, we all have a spiritual legacy from which we can draw confidence in God’s faithfulness. Who, but God, would have thought that the people of the island of Madagascar would find that heritage in a young man from Neuddlwyd, Wales? We can look back on the example set for us by men like David Jones to preach the gospel, use soap if necessary. God used Jones to answer a prayer uttered by William Carey, a revolutionary 18th century missionary, as he sailed past Madagascar on his way to India:

I hope . . . that the multitudes of heathen in the world may hear the glorious words of truth. Africa is but a little way from England; Madagascar but a little way farther. . . A large field opens on every side, and millions of perishing heathens, tormented in this life by idolatry, superstition, and ignorance, and exposed to eternal miseries in the world to come, are pleading.

In the early 19th century an English reverend, Thomas Philips, shared the same burden to reach Madagascar with the light of the gospel. Two sixteen-year-old men from his congregation volunteered to meet the need: David Jones and Thomas Bevan. The following months were filled with preparation for their new lives with the London Missionary Society. They left England in February of 1818 and traveled to Mauritius, a British territory at the time, where they began to study the Malagasy language and culture. They reached the East shores of Madagascar in August, along with their wives and children. Teaching the local children to read was their first initiative.

But, four months after the missionary’s arrival, David Jones was the only survivor out of the party of six—all others died of malaria. He managed to literally crawl on a ship to Mauritius to regain his health. As soon as he regained his strength he returned to Madagascar and made his way to the capital city, Antananarivo. While there, he began an educational program and he also befriended the king, Radama I.

The ruler wrote a letter to the London Missionary Society in 1820 which said,

Mr. Jones, your Missionary having satisfied me that those sent out by your society have no other object than to enlighten the people by persuasion and conviction and to discover to them the means of becoming happy by evangelizing and civilizing them after the manner of European nations; and this not by force contrary to the light of their understandings. Therefore, Gentlemen, I request you to send me if convenient as many Missionaries as you may deem proper together with their families if they desire it, provided you send skillful artisans to make my people workmen as well as good Christians.

Thus, other missionaries came, all sharing the same primary ambition of translating the Word of God in Malagasy. Their contribution went beyond the religious arena as they helped define the Malagasy alphabet which was used from then on. Jones’ educational program continued to expand, and by 1828, the “Malagasy Schooling Society” was formed. It had 37 schools, more than 2,300 students, and was supported with much interest and enthusiasm by King Radama I himself.

When Radama I died in 1828, Queen Ranavalona I came to power and became increasingly antagonistic to Christians. Fierce persecution ensued. She has been often compared to England’s “Bloody Mary.” The missionaries had to be creative to convince the new authorities of the benefits of their presence in the country.

James Cameron, who joined David Jones in Madagascar in September 1826, was vital in this effort. He showed the Malagasy people how to use local resources to make good bricks, a practice since widely adopted in the Highlands of Madagascar. Cameron, a uniquely gifted man, also helped manufacture gunpowder, implementing the use of hydraulic power.  He also had a key role in the installation of the first printing press in Madagascar which was used to print the Bible in the Malagasy language. But the main contribution for which he would be remembered was to create a bar of soap, at the request of Queen Ranavalona I, using raw materials. The soap manufacturing bought time to the team, delaying their eviction for years. This is what was said at Cameron’s funeral:

The missionaries were called together and asked whether they could not teach the people something more useful, such as soap making from materials found within the country. Evidently unless a favorable answer was forthcoming, the government was contemplating sending them away. It was then to Mr. Cameron that the missionaries looked for help; and taking a week for considering and studying the matter, he was able to meet the messengers of the government with two small bars of tolerably good white soap, with a promise of being able to continue its manufacture... There is little doubt that the continuation of the mission from 1829 to 1835 was mainly, if not entirely, due to the desire of the government for the services of Mr. Cameron and one or two of the other artisans...

Having won the favor of the queen, the missionary team remained focused on translating Scripture. In His sovereignty, God used the skills and talents of the men to safeguard the continuation of their work. In 1835, the team finally reached their goal. The Malagasy Bible was among the first in print in the whole of Africa. The team also published a catechism book and a hymnal.

Eventually, foreign missionaries were chased out of the country and believers had to flee for their lives. David Jones was among those who left to go to Mauritius where he died of Malaria in 1841. Meanwhile, the soldiers of the queen would ask those they captured to renounce Christianity and immediately put to death those who would not deny their faith.

The church in Madagascar

Many were martyred, but the church would not die. The oppression stopped in 1863. In 1869, Queen Ranavalona II rose to power and invited missionaries into the country again. Missionaries from England returned along other groups and denominations. In 1896, France enforced their colonial authority over the country and the Roman Catholic Church was declared the only official church until 1958.

But several smaller church groups emerged in the beginning of the 20th century. The first Baptist church opened its doors in 1936. In 1960, the United Church of Madagascar (FJKM) was formed, the most influential Protestant church today. It's liturgical practices and doctrinal inclinations are comparable to the Presbyterian church tradition.

The task of bringing the gospel to Madagascar is still largely unfinished. Thousands of villages still have not heard the name of Jesus. Much confusion and nominal religiosity has been caused by the multiplication of denomination and ecumenical associations. Christianity has become cultural rather than faith-based. Malagasy Christians need to be reminded of the fidelity and commitment to God’s Word modeled by the early Welsh pioneers. Missionaries, like myself, can be encouraged by this rich heritage that God-given skills can be used to support the dissemination of the Gospel, but God’s work still needs to be done God’s way, through God’s Word first and foremost. 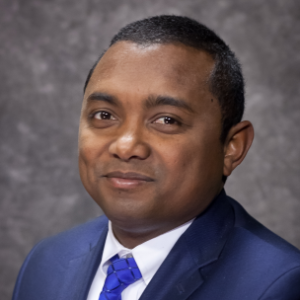 Faly Ravoahangy graduated from The Master's Seminary with a Master of Divinity degree in 2017. He now serves as a missionary in Mandagascar through Grace Ministries International.