Pursuing Beauty in a Secular Age

“Beauty will save the world,” wrote Dostoyevsky in his novel, The Idiot. Over the years, many theologians have played with the statement, seeking to tease from it whatever truth they can find. Certainly, when viewed through a Christian lens, Dostoyevsky’s words commend themselves to us. They are not only provocative, but instructive.

Often misconceived today, beauty was traditionally understood as a particular quality that portrayed something of a broader universal order. In antiquity, to label something as beautiful was to affirm, in some way, a manifestation of the divinely ordained form and content of the cosmos. Thus, a sunset is beautiful because in it we see a snapshot of a greater reality: it gives a glimpse of God’s handiwork, as displayed in greater proportions throughout the whole universe.

The Greek verb kosmeo suggests this understanding. Frequently translated “to adorn,” the word is closely related to cosmos, and connotes the idea of setting in order. So, when Paul instructs the women in Ephesus to adorn themselves with good works (1 Tim 2:9–10), he is teaching them about the nature of beauty. They were to order their lives in such a way so as to put on display a divine reality. By reflecting God’s goodness in their own works, they would be beautiful.

With this initial definition in view, the value of Dostoyevsky’s statement starts to emerge. Beauty, rightly understood, should always push our thoughts to higher realities. The splendor and majesty of the ocean hints of things yet greater. To meditate upon it is to allow the grandeur of the waves to push our thoughts beyond that which we see. Taking in the beauty of the ocean should prompt us to think upon a broader universal order. Ultimately, it invites us to consider the Author of beauty, God himself. Thus, the logic established is one wherein the pursuit of beauty inheres an inquiry of the divine.

There are, of course, certain hindrances to our pursuit of beauty. Foremost among them is the secular age in which we live. Due to a multitude of contributing factors, working together over many years, ours is a culture wherein there is little room for the supernatural. Secularism severs the tangible, explainable aspects of life from the transcendentals. Moreover, it banishes the latter from the public sphere, such that it seldom occupies a place in our thoughts. Charles Taylor alludes to this fact in his seminal work, A Secular Age. Writing 20 years ago, he refers to “the malaise of immanence”—an emptiness experienced in daily life, due to an absence of purpose, meaning, or depth. Taylor argues that the malaise of immanence derives ultimately from an eclipse of the transcendent.[1]

The implications with respect to beauty are clear. Though the secularist may delight to take in the grandeur of the Alps, or gaze long upon the Milky Way, he is not inclined to follow the prescribed logic towards a contemplation of God. The malaise of immanence has trained him to think only upon that which he sees and can explain. Simply stated, he has learned to short-circuit beauty: seeking aesthetic pleasure, while refusing to acknowledge the Author.

The antidote to this problem is at least twofold. First, there is much to commend in the pursuit of beauty as manifested in everyday life. A proper and thorough consideration of the glory of nature, the great works of literature, the sublime in art and music, should instruct our hearts toward greater things. Foregoing the superficial for that which has stood the test of time can provide a lesson in beauty, and of divinely ordained realities. To be sure, the task is not easy. As those who live in a secular age, accustomed to a diet of mere aesthetic pleasure, much effort will be required to follow a path from the immanent to the transcendent. But the rewards are rich. A deep satisfaction of the soul awaits.

Second, engagement with the Bible offers a more direct education in true beauty. Inerrant in both form and content, the inspired word of God constitutes the clearest, highest, and purest manifestation of beauty we will ever perceive this side of glory. Moreover, it is a story that boasts splendor and majesty from beginning to end. It is a narrative that tells of a man, whose life, death, and resurrection are beautiful: providing a response to the malaise of immanence experienced by so many in our secular age. The gospel of Jesus Christ truly is a beauty that saves.

Where to begin with the pursuit of such things? Certainly, an enquiry of redemptive beauty can start anywhere in Scripture, though there is perhaps no better entry point than the birth of our Lord Jesus and the truth of his incarnation. Celebrated every year as the beginning of the Christmas story, the arrival of the Savior is a pronounced manifestation of beauty, worthy of much contemplation. Simply stated, when God became a man and dwelt amongst us, the transcendent met with the immanent. The malaise of daily life in a broken world was shattered, as divine glory came near. Far from being eclipsed, the transcendental truth concerning God was made tangible, for all to see.

Pressing the point further, the manner of Christ’s birth further evidences his beauty. Coming as a helpless babe in a manger, the arrival of our Lord portrays a glorious irony. God himself condescends to dwell among us, not in splendor, nor with might, but in lowliness, as the weakest of all. Thus, it is not merely that the transcendental meets with the immanent, but that the former becomes the latter. The glory of God is made manifest, according to the most fragile expression of humanity. Now, if beauty is that quality whereby the earthly hints towards the divine, Christ’s incarnation renders this dynamic a perfect unity. Because the helpless child is at the same time God, his beauty is self-evident. Stated otherwise, we need not ponder with uncertainty the manner in which this infant portends transcendental realities. In him we see God.

Luke draws attention to this relationship, when he records the song of the angels: “Glory to God in the highest, and on earth peace among men with whom He is pleased” (Lk 2:14). As one realm impresses itself upon another, both are satisfied. God is honored and humankind finds peace. To be sure, this manifestation of beauty is not unique to the time of Christ’s birth, though it does receive a particular accent that night in Bethlehem by virtue of his coming as a child. The beauty of Christ continues with him along the way. It is for this reason that we can look at the cross—gruesome, unsightly, distressing—and sing of its beauty. The chorus of the angels holds true, not just at Christmas. Indeed, we do well to remember that the beauty of Christ’s incarnation makes possible the beauty of his propitiation.

Thus we see, few realities speak so directly to the issues of our secular age. At a time when the superficial reigns, and the malaise of immanence plagues our lives, the pursuit of beauty offers a much-needed antidote. Moreover, the glory of the gospel provides fertile soil for the satisfaction of our souls. Beginning with the incarnation, we see in the person of Christ God in the flesh. And with this intersection of the transcendental and the immanent, we find in his birth exceeding beauty. Indeed, as the divine is brought near and the gospel story begins, we behold a beauty that saves. 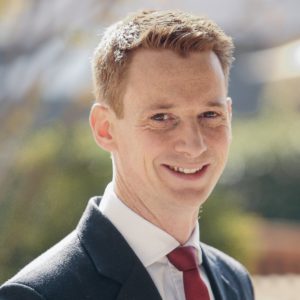