"Some indeed preach Christ from envy and rivalry, but others from good will. The latter do it out of love, knowing that I am put here for the defense of the gospel.  The former proclaim Christ out of selfish ambition, not sincerely but thinking to afflict me in my imprisonment. What then? Only that in every way, whether in pretense or in truth, Christ is proclaimed, and in that I rejoice."

Paul’s letter to the Philippians teaches us much about joy. Because of Christ, believers can be joyful no matter the condition or circumstance. What a revelation to recognize that our fulfillment in Jesus is not dependent upon anything other than Him. Paul could preach from a heart of joy, whether he was adored or arrested. He could enjoy life, whether he was free or fettered. Christ was with him, and that reality was sufficient for his happiness and contentment.

As if prison were not enough, Philippians 1:15-18 reveals yet another test of Paul’s joy. Certain preachers did not like Paul, and they used his imprisonment as grounds to publicly ridicule him. The unbelieving authorities had arrested Paul for preaching Christ, and now believing preachers condemned him as well. Paul was experiencing persecution from all sides, yet his joyful spirit was not dependent on these things.

It is worth noting that these fellow preachers did not err in their message but in their motives. In fact, Paul made it clear that they were indeed proclaiming the truth of Christ. Sadly, while doing so, their hearts were full of envy and selfish ambition. Yet, Paul did not offer a defense of himself on this occasion. He instead said, “So what?” He simply rejoiced that the gospel was going forth.

Do not misunderstand the message of this text. In no way did Paul condone the envious attitude with which the gospel was being presented by his fellow preachers. God uses imperfect people to do His will all the time. Paul was adamant that his greatest delight was not the defense of his own name but the proclamation of the name of Jesus. Although others sought to rub salt in the wound of his incarceration, the preaching of the gospel was a balm to Paul’s spirit. He did not resent; he rejoiced. A rejoicing spirit is not one of constant happiness, it is rather a spirit content in the saving knowledge of Christ, that we are eternally provided for and protected, no matter what transpires against us on earth.

We should seek to emulate Paul’s example of contentness and denial of self, guarding our hearts against envy. Scripture gives a sobering admonition to believers of the harm that self-centeredness brings. James 3:16 warns, “For where jealousy and selfish ambition exist, there will be disorder and every vile practice.” Proverbs 6:34 cautions that “jealousy makes a man furious, and he will not spare when he takes revenge.” Later in this same letter, Paul urged Christians to “do nothing out of selfish ambition or empty pride” (Philippians 2:3). The very crucifixion of our Lord was due partly to the envy of man, as the chief priests despised both the popularity and message of Jesus (Mark 15:10).

Paul humbly offered Christ all the glory and kept none for himself. Though the method preachers of his time used may have harmed Paul’s reputation, he identified it still helped advance the gospel. Scripture rebukes preachers whose theology, though true, emanates from a heart that lacks love. This is a powerful reprimand that reminds believers to strive to grow in both the knowledge of Christ and in grace (2 Peter 3:18). Elsewhere in Scripture, Paul paints a word picture of this fault in preaching as he writes, “If I speak in the tongues of men and of angels, but have not love, I am a noisy gong or a clanging cymbal.” It was not Paul’s desire that hard-hearted preachers slander him as he sat defenseless in a jail cell. However, Paul refused to allow the mire of indignance to smother the joy he felt in the preaching of Christ.

The motives of men will never overpower God’s desire to accomplish His will. But we are not pleasing to the Lord nor fulfilling our true calling if our hearts lack love.

So how does Paul rejoice in the midst of such circumstances? It is simple. He lived for the name of Christ to be magnified; not his own.

It is the joyful duty of every believer to proclaim the gospel and give a ready answer for the hope within (1 Peter 3:15). We would be wise to proclaim the gospel in this way. Our love for others and desire for their holiness must supersede all concerns for ourselves.  Paul made it clear that he was “put here for the defense of the gospel.” The words he used (put here) suggest a picture of a military assignment where a soldier was given special orders to guard a strategic position. This is the role of the Christian. We have been assigned by King Jesus to “contend for the faith that was once for all delivered to the saints” (Jude 3). It is a battle, and we may face many dangers, but we must stand ready, armed with the sword of the Spirit, to defend the gospel to the glory of God.

How is it that Paul rejoiced even as fellow evangelists belittled his name? What was the source of his peace when others attacked his character? He simply had no room in his heart or mind for self-pity. The name of Jesus was a wellspring in Paul’s life such that nothing but joy could flow forth. As he would write later in this same letter, “Therefore God exalted Him to the highest place and gave Him the name above all names, that at the name of Jesus every knee should bow, in heaven and on earth and under the earth, and every tongue confess that Jesus Christ is Lord, to the glory of God the Father” (Philippians 2:9-11). Paul found his joy in the name of Jesus. Therefore, in any way that the gospel is spread, we rejoice! Our hearts should be filled to the brim with the majesty of our Lord so that there is not even a small corner reserved for our own pride; how satisfying a life would be that reflects all back to Christ. Know Who You Work For, and Work Like You Know It

"Bondservants, obey in everything those who are your earthly masters; not by way of eye-service as people-pleasers, but with sincerity of heart fearing the Lord. Whatever you do, work heartedly as for the Lord, and not for men, knowing that from the.. 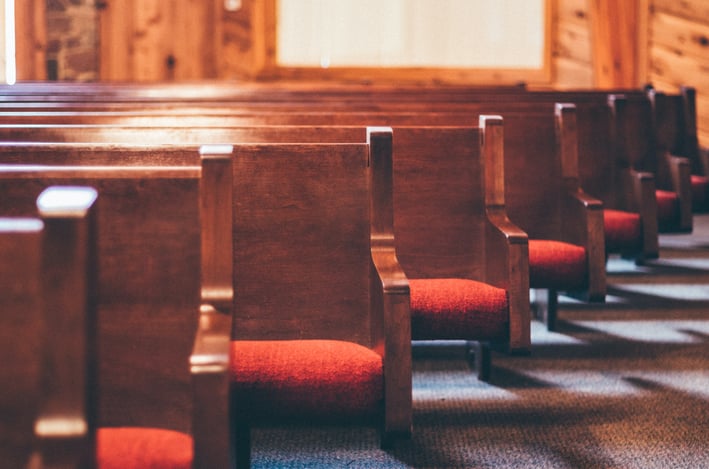