Relearning the Discipline of Self-Control in a Society of Instant Gratification, Part 1

In Joshua 6, God spoke to Joshua and told him how to take the city of Jericho for the Israelites by knocking down its walls.

Without walls, the Israelites were able to march right in and capture the city. In biblical times the walls of a city were its main defense. If a city was without walls it was easy for an enemy to come in and capture it. It would be foolish to have a city with no walls because that would be an open invitation for the enemy to come and take it over.

Proverbs 25:28 says, “A man without self-control is like a city broken into and left without walls.” God is telling us here that we are like the city of Jericho, open to the attacks of the enemy and waiting for destruction when we don’t practice self-control. As believers, we face temptation on a daily basis. Self-control is the wall of defense against the sinful desires that wage war against our soul. We must be like a city with strong walls as we practice self-control.

In this article, I want to give an overview of what self-control is and what we are to do with it in our lives. In Part 2 I will give three areas in our lives where we must practice self-control and, finally in Part 3, give four walls to help you cultivate self-control in your life.

The Oxford Dictionary defines self-control as “The ability to control oneself, in particular, one's emotions and desires or the expression of them in one's behavior, especially in difficult situations.” For believers, it is the power to restrain sin in our lives. It is saying “no” to sin and the temptation of sin when our flesh wants to indulge. This, however, is not something we can do on our own. As believers, we must rely upon the Holy Spirit. Self-control is not the product of our own human effort, but a gift of God that we are able to exercise as we give our lives over to Christ.

Self-control is a gift

For God gave us a spirit not of fear but of power and love and self-control. - 2 Timothy 1:7

God has given self-control to believers as a gift, along with power and love. It is something that all believers have access to, but we must apply it in our lives. In this verse, self-control has the sense of utilizing wisdom in every situation and making the most of it. We must walk according to the Spirit and yield our lives to Him in order to take hold of this gift and use it in our lives.

Self-control is a fruit of the Spirit

But the fruit of the Spirit is love, joy, peace, patience, kindness, goodness, faithfulness, gentleness, self-control; against such things there is no law. - Galatians 5:22-23

At the moment of salvation, we are given the Holy Spirit. He indwells every believer and we are called to walk in the Spirit and in order not to carry out the desires of the flesh. (Gal 5:16) We have the Holy Spirit inside of us and when we walk according to the Spirit, we will produce the fruit of the Spirit in our lives. One portion of that fruit is self-control.

Self-control is to be taught

Older men are to be sober-minded, dignified, self-controlled, sound in faith, in love, and in steadfastness. Older women likewise are to be reverent in behavior, not slanderers or slaves to much wine. They are to teach what is good, and so train the young women to love their husbands and children, to be self-controlled, pure, working at home, kind, and submissive to their own husbands, that the word of God may not be reviled. Likewise, urge the younger men to be self-controlled. - Titus 2:2-6

Paul wrote to Titus and told him to set things straight in Crete. In order to help us see what Titus was up against, it is helpful to know what the Cretans were like. Verse 12 tells us, “Cretans are always liars, evil beasts, lazy gluttons.” The Cretans were liars which means they did not uphold the truth. They were also evil beasts. This has the idea of an untamed, out of control animal who lives to gratify their evil passions, desires, and lusts. Finally, they were lazy gluttons. They were self-indulgent and without discipline. Since they were lazy, they would satisfy their appetites at the expense of other people.

Self-control is to be pursued

For this very reason, make every effort to supplement your faith with virtue, and virtue with knowledge, and knowledge with self-control, and self-control with steadfastness, and steadfastness with godliness. - 2 Peter 1:5-6

Sanctification in the believer’s life is synergistic. It is a gift from God, but it also requires active cooperation as we make an effort to grow in godliness. This is not “Let go and let God.” This is an effort on the believer’s part to actively pursue the virtues Peter is talking about and grow in godliness. The Spirit has given us all the resources for godliness in our lives, but we also have a responsibility to pursue them. One of those virtues is self-control.

Self-control is a command

Be sober-minded; be watchful. Your adversary the devil prowls around like a roaring lion, seeking someone to devour. - 1 Peter 5:8

The word “sober-minded” is an imperative that means “be self-controlled.” It is a word that is used as an antonym for drunkenness, but Peter uses it to refer to spiritual sobriety. It is to be clear-minded. It is to have a self-controlled mental state that is free from driving passions. God commands self-control because it is a defense against the attacks of Satan. He is ready to devour, but we must practice self-control and not give in to the sinful lusts and instant gratification that never truly satisfies.

Ace Davis earned a Master of Divinity from The Master's Seminary in 2017 and now serves as Pastor-Teacher at Faith Bible Church in Minnesota. 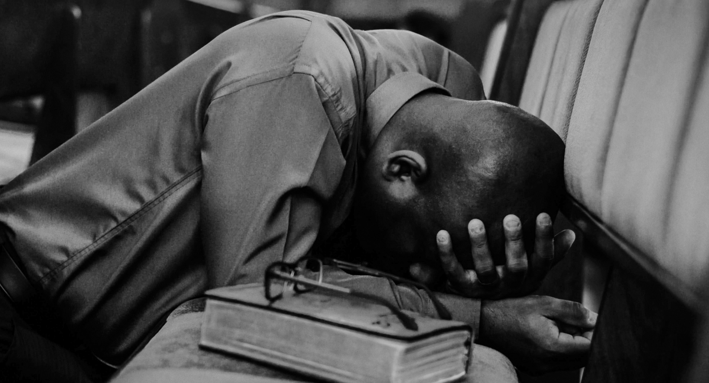 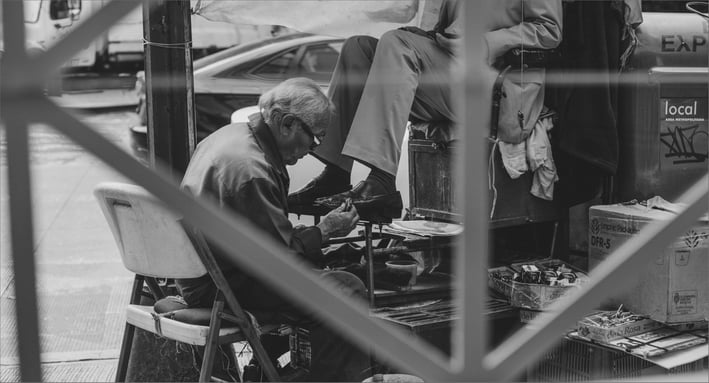