The Sweet Summons of Repentance

“Repent.” What tone of voice comes to mind when you read that word? What facial expressions do you imagine? What demeanor do you sense?

Some view the message of repentance as harsh or unkind. Perhaps they picture angry men with signs reading Turn or Burn shouting from street corners and university campuses. And sadly, such a reputation isn’t entirely unwarranted. There are modern, self-named street preachers and apocalyptic prophets who wear harshness as a badge of honor. Their tone and volume communicate hatred and condemnation.

But is that the disposition inherent in the word repent?

“Repent” was the message of John the Baptist (Matt. 3:2)—a man dressed in camel’s hair, with a brown belt of leather around his waist and a diet of locust and honey for breakfast . . . probably lunch and dinner as well. A rough-around-the-edges kind of guy. A wilderness man. A man’s man. A man whom God sent to prepare the way of the Messiah. He warned of coming wrath. He chastised the religious hypocrites. And he called for the confession of sins. He was bold—unafraid of the confrontation that inevitably accompanies such a ministry. But did he purposefully pursue confrontation?

“Repent” was the message of Jesus Christ when He began His preaching ministry in Galilee (Matt. 4:17). He warned of the wrath of God and the horrors of hell more than any other New Testament messenger. He confronted the religious hypocrites with righteous indignation. And He even flipped tables and snapped a whip of cords. Jesus didn’t lack boldness. But more than any other preacher who utters the word “repent,” Jesus was a gentle and humble man (Matt. 11:29).1 He had compassion on sinners as lost sheep. He desired to gather them, as a hen collects her chicks under her wings. And He was so inclined with kindness toward them that others called him a “friend of sinners” (Luke 7:34). Therefore, the proclamation of repentance must be compatible with the Savior’s tenderness.

A Command and Invitation

It is true that the call of repentance confronts people in their sin, calling them to turn from the way they are going and head in an entirely different direction. Failure, misconduct, and guilt are exposed in repentance. It demands a change of mind so complete as to result in an entirely different lifestyle. One of the words often translated as “repent” in the Old Testament holds the sense of regret,2 an expression of sorrow over realized error.

This emotional countenance is often accompanied by sackcloth and ashes as external demonstrations of internal lament (Job 42:6). Repentance brings its subjects shame and humiliation (Jer. 31:19). Repentance is not a pleasant endeavor.

But repentance also promises a better way. Whether “turning” in thoughts, affections, desires, or choices, the command to repent is an invitation to life. To know what is true. To love what is lovely. To want what is right. And to walk towards the only One who can remove all feelings of remorse.

Therefore, delight is caught up with sorrow in the call to repent.

The message of repentance proclaimed in God’s Word is an urgent, but gracious plea to forsake sin. The word shouldn’t incite angry shouts of damnation. It should exude the open arms of our loving Lord who beckoned the weary and heavy-laden to “come” (Matt. 11:28–29). Repentance is a warm invitation, bearing the gravity of a divine exhortation. Because ultimately, repentance is a message sent by a gracious and holy God.

A Message of Loving Confrontation

One powerful portrait of the disposition behind God’s demand for repentance is seen in the book of Hosea. In the form of prophetic drama, Israel is depicted as an adulterous wife. She abandons her marriage, turns to harlotry, and even credits her lovers for her husband’s ongoing provision. She’s the epitome of unfaithfulness. Her actions are nothing short of blatant treachery against her covenant. And eventually, she finds herself on the market being sold as a slave-wife.

But in the midst of marital turmoil, the voice of God cries out: “Contend with your mother, contend, for she is not my wife, and I am not her husband; and let her put away her harlotry from her face and her adultery from between her breasts” (2:2). This is a merciful invitation for His people to return home—to renounce their idolatry and remove the debauchery far from them. Sinners cannot have both spiritual adultery and union with a holy God.

As a loyal husband, God leverages His influence to plead with his wife. He names her sins, but also offers an opportunity to forsake them. The same One who disciplines His beloved speaks kindly to her with words of renewal and restoration (2:14ff.). The call to repent is a compassionate plea to return to the joy of a right relationship with Him. It’s a cry of the faithful One longing for reunion with His bride. Repentance is a loving confrontation.

A Message of Faithful Warning

Another Minor Prophet, Joel, preached the message of repentance to a people floundering in sin and facing divine judgment. His prophetic exhortation can be summarized as: “Repent, for the Day of the LORD is near.” A synonymous statement to John the Baptist and Jesus’ declarations: “Repent, for the kingdom of heaven is at hand.” Joel’s ministry came on the wake of a devastating plague of locusts—a demonstration of God’s wrath against their sin. But it was only a foretaste of what was to come in the eschatological Day of wrath.

The Day of the LORD would bring destruction as a mighty army sweeps over their land and houses, just as the locusts had poured over their fields and vineyards. And the most horrifying reality of this warning was that Yahweh Himself would lead the charge against His rebellious people: “Who can endure it?” (2:11).

Then, amidst the strongest of warnings, Yahweh once again opens His arms: “Yet even now, return to Me with all your heart, and with fasting, weeping and mourning; and rend your heart and not your garments” (v. 12).

Just before the last grain of sand slips through the neck of the hourglass,
there remains an hour for turning. An invitation to come back

This call to repent is neither trivial nor light. It isn’t without piercing demands. The sinner must show deep remorse over sin. Internal consecration must be expressed in the willingness to forsake external sustenance. Commentator Allen Ross states, “Prophetic instructions to proclaim a fast were almost synonymous with a call to repentance . . . because it is difficult to concentrate on spiritual matters while indulging in physical pleasures.”3 But physical demonstrations are hardly enough. God’s people must come to Him with a broken heart, literally “rip your heart to pieces.”4 While tearing one’s garments was a ritualistic symbol of repentance, a torn heart is the evidence of genuine change. Superficial confessions won’t do.

Joel reiterates the exhortation to repent in verse 13, “Now return to Yahweh your God.” But then he adds the motivational incentive, “For he is gracious and compassionate, slow to anger, abounding in lovingkindness and relenting of evil.” The message of repentance is intimately connected with the faithful love of God for His people. Echoing the self-revelation of God from Exodus 34:6–7, Joel highlights His grace, mercy, and love, magnifying His readiness to forgive. Hardly a harsh and hateful message of damnation.

A Message from the Heart of God

As much as the call to repent opposes sinfulness, it also promotes holiness. It’s not simply a matter of what God is against, but also what He is for. It’s not a message that only confronts, but also one that promises. It’s not all about God’s wrath, but it is fueled by His grace. Paul argues in Romans 2:4 that the kindness of the Lord is meant to lead sinners to repentance. If God shows kindness in order to compel sinners to turn from sin, then “repent” must be a word of benevolence, not malice.

When we hear the call to repent, we should receive it with gratitude. God is extending grace in His offer to turn from destructive sin and return to Him. When we proclaim the message of repentance, we must be careful to communicate the same compassion that our Savior had for sinners. Nobody is ever browbeaten into a genuine forsaking of sinful desires. Let “repent” be a revered and solemn call, yet one that extends the welcoming arms of a waiting Savior.

[1] I must take this opportunity to promote the new title by Dane Ortlund, Gentle and Lowly: The Heart of Christ for Sinners and Sufferers. This book ought to be read by every Christian, especially those who desire to enter ministry. It uncovers the true disposition of Jesus’ heart toward sinners. 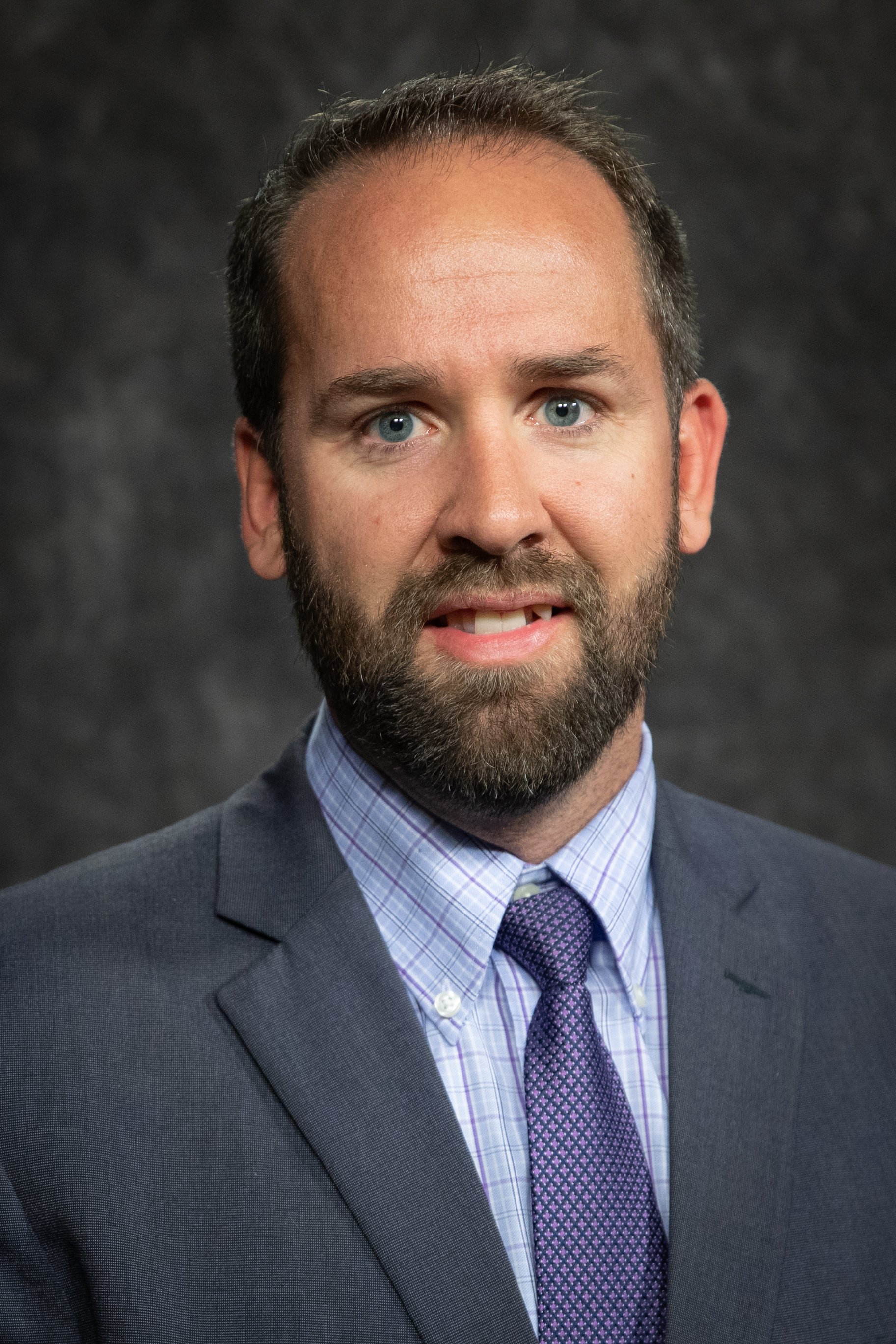 Jeremy Peters graduated with his M.Div. from TMS and is currently in the Th.M. program. He serves as senior pastor at GraceLife Church Courtenay, a new church plant on Vancouver Island.