Have you ever been talking with someone about a point of doctrine, like who Jesus is for example, and you are nodding along with your interlocutor as they string together a series of true statements. Then, seemingly out of nowhere, they take a hard left. What they’ve said is mostly true, but they’ve attached such a glaring error to it that now you need to speak up. This is the sticky soup of half-truths. The almost true is the slough of confusion in which today’s evangelicalism seems to be drowning.

In his new book, Five Half Truths, pastor Flip Michaels does the hard work of disentangling five of the most notorious half-truths plaguing popular Christian thinking today. Writing in a clear and engaging style, Michaels cuts away the fat of half-truth with its unstated presuppositions to unveil the whole truth, then he proceeds to explain the whole meaning of each offending phrase set in the proper context.

What’s This Book All About?

The expressions Michaels deals with are common ones. You’ve no doubt heard them all many times before. Statements like, “the Bible was written by men,” or “God is love.” Phrases, which when we hear them draw from us an involuntary, “Yes, but…!” What readers will quickly find is that under the visible tips of these seemingly innocuous statements are massive icebergs of theology. Each half-truth caries with it undefined terms and a host of bold claims left unstated.

The expression “God is love,” for example, is a quote from the Bible (1 John 4:8; 16). How could it be wrong? But as Michaels points out, if you press a little on the person wielding the phrase, you’ll quickly find they don’t necessarily mean what the Bible means. They may respond with, “We need to stay true to what’s on the inside. I mean, doesn’t the Bible say that, ‘God is love’?” or “If God is love, then how could He send anyone to hell?” (p. 69). As Michael’s point out, “This is the only attribute that some will ever choose to believe about God. Albeit, it is an altered one…” (p. 71).

The truth is that God is love! But “His love and holiness are not mutually exclusive attributes.” (p. 77). On the lips of many, however, that is exactly what they imply by invoking this biblical phrase “God is love.”

You’ll have to read the book to see Michael’s full treatment, of this half-truth and others. It’s a very enjoyable and informative read. He also includes some interesting features I think really up the value of this work.

Features of This Book

Each chapter ends with a handy summary of the half-truth presented, the "whole truth" which the author has expounded, and the "whole meaning"—the implications of this whole truth. So for example, in the first chapter, the half-truth is that the Bible was written by men. The whole truth is that the Bible was written by men and inspired by God. And the whole meaning is all of the implications of having a divinely inspired Word from God written by men (inerrancy, authority, etc.). These summaries are a great place to dog-ear the page. They provide a quick reference to return to when you hear these half-truths and want a refresher on how to answer them.

The entire book is infused with choice quotes from titans like Spurgeon, Calvin, MacArthur, and Sproul. This not only adds to the richness of the read but also increases the value of this book to believers young in the faith to whom you might want to gift this volume. They will not only be edified by their exposure to Michael’s powerful argumentation, but they will also benefit from being exposed to great Christian thinkers from yesterday and today. That brings me to the question of audience. Who is this book for?

Who Will Benefit From Reading this Book?

The tone of Five Half Truths is primarily evangelistic, though believer’s young and old in the faith will be benefitted by gaining a firmer understanding of how to respond to common half-truths. Personally, I plan to purchase copies to give away to new believers and unbelievers who are wrestling with the claims of Christianity.

This book will be useful to readers in several ways. First, it will help sharpen your thinking on several popular theological issues of our day. Second, it will put new tools in your apologetic tool belt. The book is full of excellent arguments against common objections and misconceptions about Christianity. Third, it will strengthen your faith. I continually found myself feeling edified as the author set forth each bold exposition of the truth. Five Half Truths is a striking proclamation of God’s glory and the trustworthiness of His Word.

You can purchase Five Half Truths by Flip Michaels from Amazon.com.

Why Small-Town Ministry Matters: A Review of "A Big Gospel in Small Places" 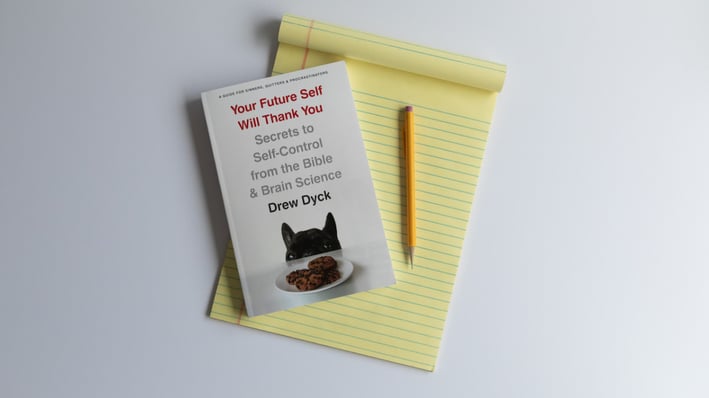